Tokyo 2020: Mary Kom beats Hernandez Garcia of Dominican Republic to enter Round of 16

Manipur's Kom defeated Hernandez Garcia by a split decision to advance into the last 16 round of the women’s 51kg category. Indian boxer will be up against the third seeded Valenica Victoria of Colombia on July 29. 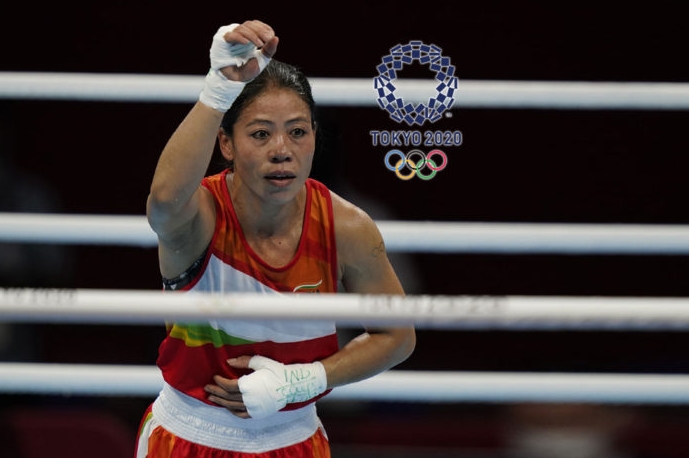 New Delhi: Mary Kom, the face of India’s boxing contingent, defeated Hernandez Garcia of the Dominican Republic by a split decision 4-1 to advance into the last 16 round of the women’s 51kg category event in Tokyo on Sunday.

In the opening round, it was proper toe-to-toe boxing. Mary Kom throws a flurry of punches. Hernandez, 15 years younger than her Indian counterpart, responded with a flurry of her own. It was quite fascinating stuff, but Mary Kom lands a solid right on Hernandez’s face. The judges scored the opener 3-2 in favour of Mary Kom, a flyweight bronze medallist at London 2012, the India Today reported.

The 38-year-old mother of four, who is set for her Olympic swansong, started the second round cautiously. Whereas Hernandez began with a mood to change that score in the second round, and Mary Kom catches one flush on the forehead.

The judges, however, ruled out the second round to Mary Kom as well. As a result, the Indian won the round with two cards, while Fernandez has one, and they were tied on two.

In the final round, Mary Kom and Fernandez both went all guns blazing, but it was the Indian who landed more of her punches. Again, it was sensational front-foot boxing by the Mary Kom.

The pint-sized boxer from Manipur looked at her ferocious best and was in no mood to bow out of Tokyo in the first round. Instead, Hernandez was struggling to connect her punches as Mary Kom danced her way around the Dominican. Mary Kom is one of the most decorated women fighters in the amateur game with a record six world championship titles, the last of which came in 2018. She has also won gold medals at the Asian Games and Commonwealth Games.