For the last five decades after the end of Congress regime in 1967, the State has been ruled alternatively by the DMK and the AIADMK. 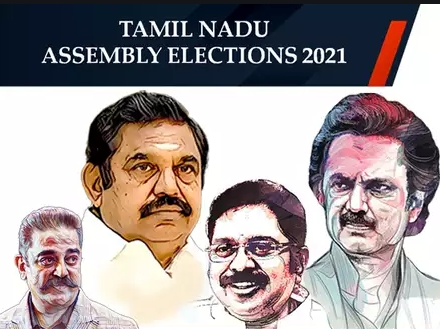 Chennai: The outcome of the April six Assembly elections showed that the dravidian rule has come to stay in Tamil Nadu.
By voting out the AIADMK from power, the voters have voted for a change with continuity, while sending a clear message that there is no room for a third alternative to the two Dravidian majors, feel political observers. The voting pattern showed that DMK returned to power with majority and the AIADMK will sit in the Opposition with a respectable tally.
For the last five decades after the end of Congress regime in 1967, the State has been ruled alternatively by the DMK and the AIADMK.
In 1967, for the first time a non-Congress government was formed with an absolute majority by DMK, that marked the beginning of Dravidian dominance in Tamil Nadu politics. C N Annadurai, who became the first non-Congress Chief Minister of post-independence Tamil Nadu, died in office in 1969 and V.R.Nedunchezhiyan became the acting chief minister.
Since then, the DMK won the 1971 polls, before it faced the first defeat in 1977 to AIADMK formed by MGR after he was expelled from the DMK.
MGR ruled the roost and created a record of sorts winning the next three elections, before the DMK came back to power in 1989 after MGR’s death. However, the DMK regime was dismissed following the assassination of former Prime Minister Rajiv Gandhi and in the 1991 elections, riding on the sympathy wave, AIADMK led by Jayalalithaa formed the government for the first time, with the DMK managing to win just two seats. From then on, the state was ruled alternatively between the DMK and AIADMK. While the DMK won in 1996 and 2006, the AIADMK ruled the State in 2001, 2011 and Jayalalithaa bucked the trend and won for a second successive term in 2016 with a majority.
And this trend continued in the 2021 polls, as the people have ended the ten year rule of AIADMK and voted the DMK back to power.
For the first time after 1996, the DMK has been able to secure a majority of its own and form the government for the sixth time, notwithstanding the party, despite not securing a majority (won 96 seats) in the 2006 elections, ruling the state for a full five-year term (2006 to 2011) with the outside support of Congress.
This is also for the first time, the DMK has managed to cross the three-figure mark after 1996, apart from getting the majority.
In this crucial elections, held in the absence of two stalwarts, J Jayalalithaa of AIADMK and M Karunanidhi of DMK, the DMK, cashing in on a silent anti-incumbency wave, won 133 of the 173 seats it contested in the 234-member Assembly.

The DMK-led Front ended up winning 159 seats–Congress (18), VCK (4), CPI and CPI-M (two each), while the AIADMK will sit in the Opposition with 66 members, along with its allies PMK (5) and BJP (4)–a respectable tally of 75. The BJP has been a bad loser having only four out of 20 seats it contested. It has dragged down its alliance leader AIADMK.
In contrast, the Congress won 17 out of 25 seats it contested as an ally of the DMK.
The Pattali Makkal Katchi led by Dr S Ramadoss heavily banked on its traditional Vanniyar vote bank and managed to win only five out of the 23 seats allotted to it by the AIADMK.
Three other political parties, which also faced the polls projecting themselves as an alternative to the DMK and the AIADMK, came a cropper and drew a blank.
Breakaway AIADMK leader T T V Dinakaran of AMMK, Naam Tamizhar Katchi of actor-director Seeman and Makkal Needhi Maiam of actor Kamal Hassan, who had been contending that there is a political vaccum after the deaths of Jayalalithaa and Karunanidhi and it would be filled by him as an alternative to the AIADMK and DMK.
While Dhinakaran lost in southern Kovilpatti, Kamal was involved in a roller-coaster triangular contest in Coimbatore South before losing it. Seeman too lost in Tiruvottriyur constituency in the city.
In his maiden electoral battle, it was a case of so near yet so far for Kamal, who led initially. As the counting progressed, Mayura Jayakumar of Congress pushed him to the second spot and BJP’s Vanathi Srinivasan to the third.
The lead kept changing among the three repeatedly. At one stage, it appeared that all the three were in for a chance, before it boiled down to a contest between Kamal and Vanathi, who finally managed to squeak past the actor for her maiden electoral triumph.
None of the candidates of the AMMK, Naam Tamizhar and MNM were able to put up any semblance of fight and forfeited their deposits, with NOTA ahead of MNM in some constituencies–briniging to nought their oft-repeated claims of being alternative to the AIADMK and DMK. This showed that the voters have sent out a clear message–no room for any alternative to the DMK and the AIADMK.
In fact, DMDK of actor Vijayakanth was the first to project himself as a third alternative, who party had once emerged as the major Opposition by aligning with the AIADMK.
However, once Vijayakanth suffered from health complications, the DMDK lost its way and his Premalatha faced the contest from Vridhachalam and forfeited her deposit.
And now with a majority on its own, the DMK is all set to form the next government and its President M K Stalin all set to realizing his dream of becoming Chief Minister for the first time. Yes…the Tamil Nadu voters have voted for change, with continuity, with a message that there is no space for a third alternative to the two Dravidian majors.