Abducted by the Chinese government on this day 27 years ago at the tender age of six, Gedhun Choekyi Nyima was recognized as the 11th Panchen Lama, is known as the “youngest political prisoner in the world”. 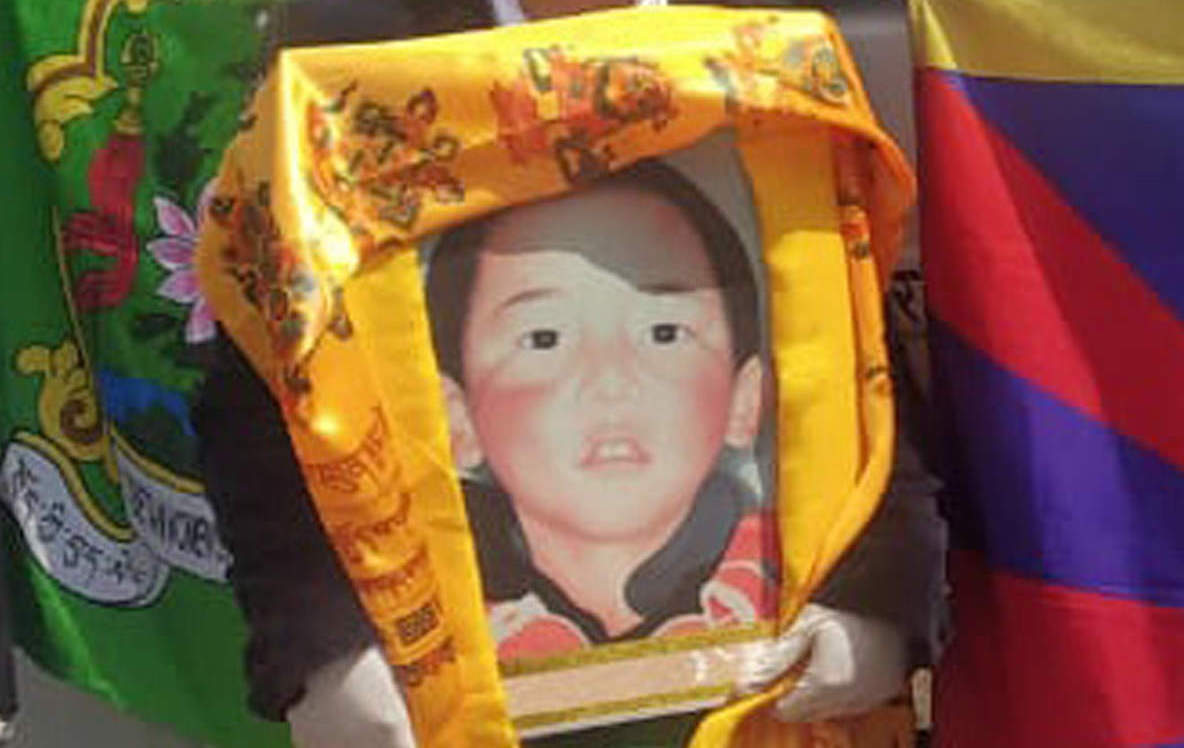 New Delhi: Abducted by the Chinese government on this day 27 years ago at the tender age of six, Gedhun Choekyi Nyima, who was recognized as the 11th Panchen Lama, is known as the “youngest political prisoner in the world”. Tibetans Tuesday appealed to Beijing to free the Buddhist spiritual leader, even as they recited hymns to mark the day.

The Central and Regional Tibetan Women’s Association in Dharamshala held a one-day hunger strike to mark the 27-year disappearance of the 11th Panchen Lama and called on the Chinese government to immediately release Nyima his family.

The 14th Dalai Lama who is living in exile in India recognised the six-year-old Gedhun Choekyi Nyima as the 11th Panchen Lama on May 14, 1995.
The Chinese Government rejected the recognition.  Three days later, on May 17, 1995, the boy and his family members ‘disappeared’.

There has been no news since of the whereabouts of the 11th Panchen Lama or his family.

Gedhun Choekyi Nyima was born on April 25, 1989 in Lhari County, Tibet.
The 14th Dalai Lama and the Tibetan Government in Exile have denounced his abduction.

In November 1995, China “appointed” another child of the same age Gyaltsen Norbu as the 11th Panchen Lama. Most Tibetans do not recognise Norbu.

In May 2007, following demand raised from several quarters that China should allow an independent expert to visit and confirm Nyima’s well-being, Beijing said that he was leading a normal life, and that he did “not wish to be disturbed”.

The Central Tibetan Administration has described Nyima as “one of the world’s longest serving political prisoners”.

On April 25 this year, the US Commission on International Religious Freedom issued a statement which read, “In the more than 25 years since Gedhun’s abduction, Chinese authorities have provided little information about his whereabouts, alleging that they need to protect him from being ‘kidnapped by separatists’.”

Penpa Tsering, the second democratically elected Sikyong of the Central Tibetan Administration, in a tweet today said: “Tibetans, global Buddhist community & friends of Tibet have long awaited a genuine answer to the whereabouts of the #11thPanchenLama. Today marks the 27th year of his enforced disappearance. We ask the Chinese government to free and enable his return to his rightful seat at Tashi Lhunpo.”

The Tashi Lhunpo Monastery in Karnataka commemorated the 27th anniversary of the enforced disappearance of the 11th Panchen Lama Gedun Choekyi Nyima with the recitation by monks.

The Central and Regional Tibetan Women’s Association (TWA) in Dharamshala in a statement said: “On May 17, 2022 marks 27 years of the enforced disappearance of His Holiness The 11′ Panchen Lama Gendun Choekyi Nyima along with his family, Chadrel Rinpoche, the former abbot of Tashi Lhunpo Monastery and head of the search committee of the 10th Panchen Lama and Jangpa Chungla by the Chinese government. Since 1995, Tibetan Women’s Association commemorates the forced abduction of Gendun Choekyi Nyima.”

They said the abduction of the 11th Panchen Lama “condemned, insulted, and disregarded Buddhism”.

“The forcible disappearance of the 11th Panchen Lama and his family by the Chinese communist party has become a global issue. UN working group on enforced or involuntary disappearances expressed concerns about the whereabouts of the Panchen Lama and urged the government of China to provide information since then, a number of human rights, organisations, governmental and non-governmental and the UN committee against torture have all urged to the Chinese Government for the Panchen Lama whereabouts to be known,” the activists said.

“In the Chinese constitution, people who are 18 and above are considered as an adult and have the right to speech, right to express and right to freedom, so as the Panchen Lama who is now a 33 years old adult should have the equal rights mentioned above. The higher authorities from different countries have visited China and tried getting a glimpse of the 11th Panchen Lama but they could not. Hence this was considered as an insult to the higher officials,” it stated.

“We do not accept China adapting various ways to destroy Buddhism and the identity of Tibetans. China has been meting out inhuman atrocities on Tibetans for the past many decades and as a result, more than 159 Tibetan people have self-immolated their precious life to let the people of the world know about the human rights violations happening inside Tibet. We want China to stop this evil policy and inhuman activities to the Tibetan people living inside Tibet,” TWA added.

“We express our gratitude to all the International Organisations, Tibet Support Groups, and everyone for their continued support and efforts to seek justice for and release of Gendun Choekyi Nyima,” they said.

2. We want the Chinese government and authorities to immediately release Gendun Choekyi Nyima, the 11th Panchen Lama ( the second most important figure in Tibetan Buddhism ), his family, Chadrel Rinpoche and Jangpa Chung la, and the innocent prisoners

3. Mrs. Michelle Bachelet who has served as United Nations High Commissioner for Human Rights announced that she could visit the countries that are occupied by China. We deeply request her to go to Tibet and look at the situation of the Tibetan people and the current status of human rights violations happening inside Tibet.