Tiananmen massacre victims will not be forgotten: Blinken

"The 50-day protest ended abruptly on June 4, 1989, with a brutal assault by the People’s Republic of China’s (PRC) military. Countless were imprisoned and the number of deaths is still unknown today." 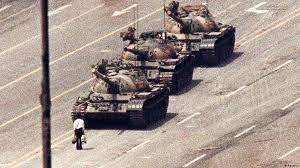 Washington: On the 33rd anniversary of the Tiananmen Square massacre in Beijing, US Secretary of State Antony Blinken termed the crackdown as “a brutal assault” and said the victims would not be forgotten.

On Saturday, he said, “We commemorate the 33rd anniversary of the Tiananmen Square massacre in Beijing, where tens of thousands of pro-democracy protestors peacefully joined together to call for democracy, accountability, freedom, and rule of law.

“The 50-day protest ended abruptly on June 4, 1989, with a brutal assault by the People’s Republic of China’s (PRC) military. Countless were imprisoned and the number of deaths is still unknown today.”

He emphasised that the efforts of those killed on the fateful day will not be forgotten and each year they will be honoured for their stand on human rights and fundamental freedoms.

“While many are no longer able to speak up themselves, we and many around the world continue to stand up on their behalf and support their peaceful efforts to promote democracy and the rights of individuals,” Blinken said.

On Thursday, Chinese Foreign Minister Zhao Lijian reiterated government’s stance on the Tiananmen massacre and said, “The Chinese government has long ago come to a clear conclusion about the political incident that happened in late 1980s.”

Responding to this remark, Blinken said, “Today, the struggle for democracy and freedom continues to echo in Hong Kong, where the annual vigil to commemorate the massacre in Tiananmen Square was banned by the PRC and Hong Kong authorities in an attempt to suppress the memories of that day.

“We will continue to speak out and promote accountability for PRC atrocities and human rights abuses, including those in Hong Kong, Xinjiang, and Tibet. To the people of China and to those who continue to stand against injustice and seek freedom, we will not forget June 4.”

In a tweet, the Hong Kong Police Force said that a 59-year-old man was arrested on suspicion of ‘inciting others to cause grievous bodily harm with intent’ — published messages on social media calling on people to murder HKPF officers on June 4.

On Friday, the authorities said, “Police noticed that some people have been spreading messages on the Internet to incite others to take part in unauthorised assemblies at Victoria Park and in Causeway Bay on June 4.

“The Leisure and Cultural Services Department would close part of the Victoria Park including the central lawn, football pitches and basketball courts from 11 pm on June 3.”

It further said that participating in an unauthorised assembly risks committing offences under the Public Order Ordinance, and on conviction, will bring a maximum penalty of five years’ imprisonment.