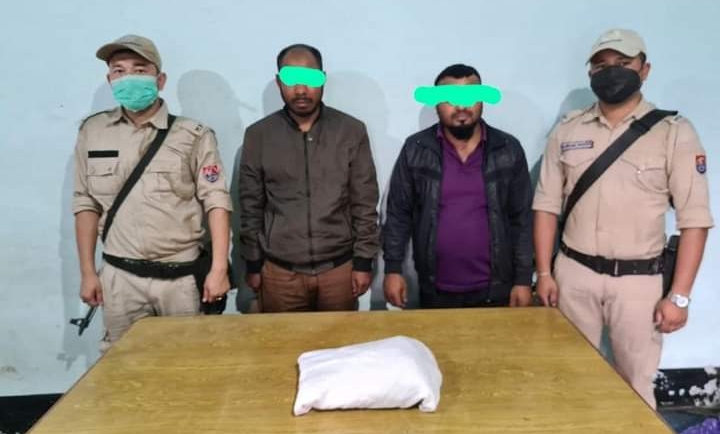 Imphal: Manipur Police arrested three drug smugglers in separate incidents on Monday, and recovered a large number of banned drug from their possession.

Police recovered a yellow coloured polythene packet containing brown sugar weighing around 1.32 kg. They allegedly disclosed that they were drug smugglers and the said recovered brown sugar was handed over to them by one Md Islauddin, to sell to willing customers. Hence, they were arrested and the recovered item was seized after observing due formalities.

He further disclosed that he procured the recovered articles illegally from one Md Ayub for selling the banned items to users. He is into drug smuggling business since long time.

The arrested accused, along with the seized items, were handed over to Lilong PS for taking further necessary action.