"Bharat has been one living entity since ages, praised by the ancient Rishis and common people from Kanyakumari to Kashmir and from Kutch to Kamrup in their every day's rites and rituals", said N Ravi, Governor of Tamil Nadu 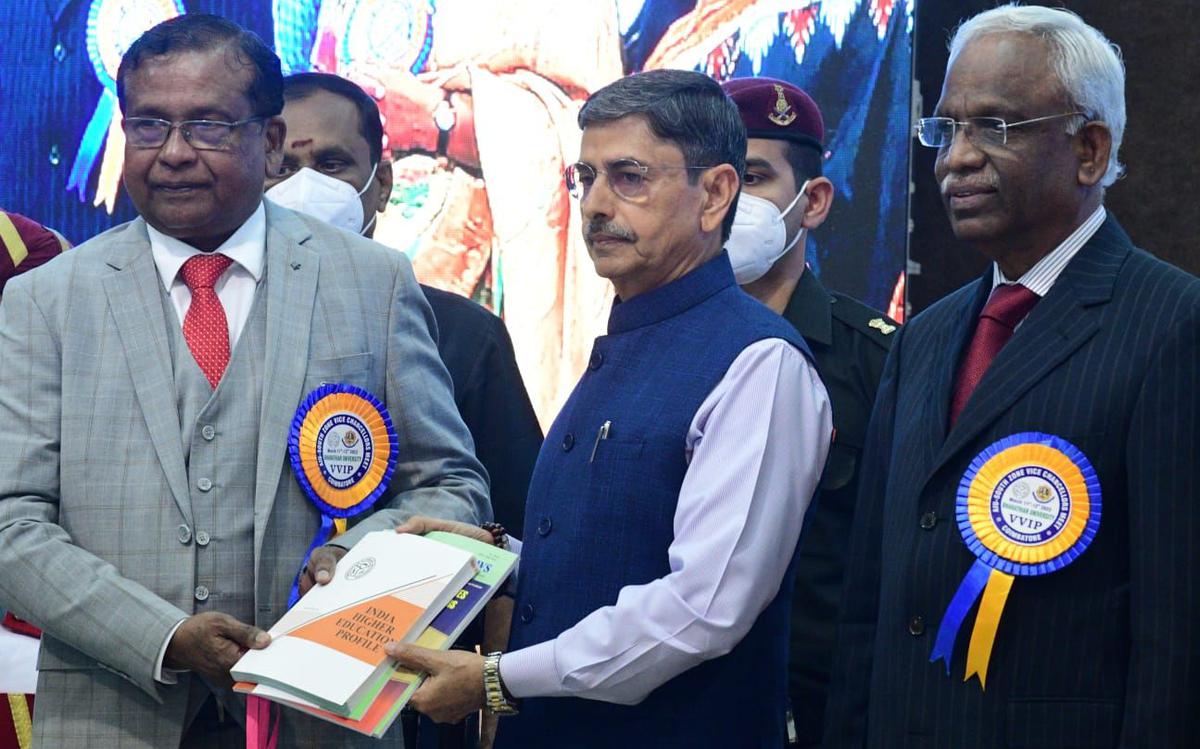 Coimbatore: Tamil Nadu Governor R N Ravi Friday said those who talk about federalism and Indian Union must remember that India was not born in 1947, nor it is a contractual union like United States of America.

Inaugurating the South Zone Vice-Chancellor’s meet at Bharathiyar University here, the Governor, who is also the Chancellor of Tamil Nadu State Universities, said in 2014, the Prime Minister made a fundamental departure from the old paradigm and articulated the Indian vision of India which is Bharat, as one living entity.

The Union of India was organically forged and sustained since some thousands of years by the shared cultural spiritualties of people who lived as one from one end to the other of Bharat irrespective of numerous kings and kingdoms.

“Article 1 of the constitution of India before it says India is an union of the states, it says ‘India that is Bharat’. Bharat has been one living entity since ages, praised by the ancient Rishis and common people from Kanyakumari to Kashmir and from Kutch to Kamrup in their every day’s rites and rituals”, he said.

Reciting a poem of poet Mahakavi Bharathiar in praise of Bharat Mata, he said “Bharat Mata speaks in eighteen languages but her thinking is one”. India is not a contractual Union of disparate people.”

“Here diversity is like diversity of various parts of our body where each part has its own function and apparently looks different from the others, but is integrally connected and has no existence whatsoever outside the body”, the Governor said.

With such an organic vision of India, Prime Minister Modi has been launching various schemes for the people of India specially the poor, marginalised and deprived without any regional, religious, community or political discrimination, he said.

Stating that Higher Education has to be transformed in the context of an ‘Indian vision of India’ and “Indian vision for India”, the Governor said Initial six and half decades since independence those who governed India had a vision of India similar to that of the colonial power as a land of diverse geographies and diverse sets of people, separated from each other by language, culture, cuisine, race and geography. Their mode of India’s development was through five year plan.

It resulted in uneven development and aggravated regional imbalances and increased social tensions. Even after six and half decades, India had the dubious distinctions of a home of largest number of poor, sick and illiterates. Internally India was riven by social tensions. Being weak, vulnerable and poor it was not taken seriously by the international community.