People living in flood-prone areas will be shifted to the newly built residential colonies, the Chief Minister said. 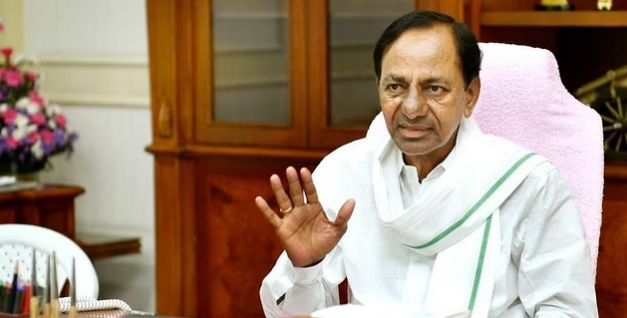 Hyderabad: Telangana Chief Minister K Chandrashekar Rao on Sunday announced the allocation of Rs 1,000 crore for the protection of Bhadrachalam town from floods in river Godavari on a permanent basis.

Talking to reporters after inspecting the flood-hit areas in and around Bhadrachalam, KCR said the government will construct residential colonies for people living in flood-prone areas.

Announcing financial assistance of Rs 10,000 and 20 kg of rice for the flood-affected families in Bhadrachalam, he instructed the Bhadradri-Kothagudem district officials to identify necessary land at a higher altitude to construct new residential colonies for the flood victims.

People living in flood-prone areas will be shifted to the newly built residential colonies, the Chief Minister said.

Announcing that measures will be taken to protect Sri Sita Ramachandra Swamy temple at Bhadrachalam on a permanent basis, Chandrashekar Rao said and assured to visit the temple town once again after the flood recedes and normalcy is restored.

He asked the officials to ensure all possible support to the victims.

The people of Bhadrachalam and Pinapaka constituencies were more affected by the floods due to the unprecedented inflows into the Godavari River, the Chief Minister said there was ‘no human loss due to the floods.

Earlier he offered ”Shanti Puja” to the Godavari river from the bridge and inspected Godavari karakatta.