Team India Sr women will have new jersey from 2022 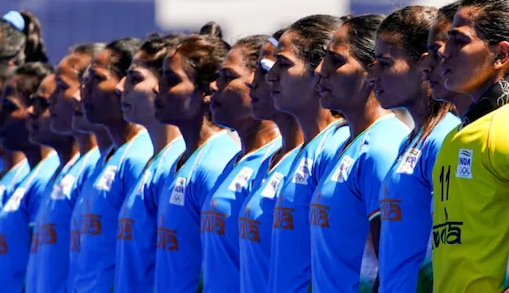 Kolkata: Team India senior women will have new jerseys from 2022 as the players representing the country in the AFC women’s Asia Cup will have a new look in the form of a new shirt.

AIFF General Secretary Kushal Das said, “We are confident that the AFC Women’s Asian Cup India 2022 will galvanize the masses, spread awareness about the women’s game in India and inspire young girls in the country to take up the sport, and pursue their dreams.”

“For far too long not only in India but also globally the Women’s game has lived under the shadows of men’s football, and we need to collectively change it step by step,” the General Secretary added.

“Every single girl in our country who has taken up the sport across levels is a true tigress in the manner they have overcome sociological barriers. So we should honour our Blue Tigresses with an individual identity and an own independent kit. Looking ahead forward together, there is no better opportunity to do so than before the Flagship tournament for International Women’s Football in Asia. Good luck girls.”

Ambar Aneja, Co-founder Six5Six stated, ‘We have all witnessed the progress that our women’s team has made in the last few months. It’s been an honour for our entire team to be able to create something as special like this for them as they embark on their quest for the AFC Women’s Cup India 2022.”

Washington: The US Centers for Disease Control and Prevention (CDC) has added 22 countries into its list of high-risk...
Arunachal Pradesh

Over 100 entries for Round-3 National Car Racing