The visitors enjoyed the ‘blessings of the nature’, as the entire area was covered with milky white. 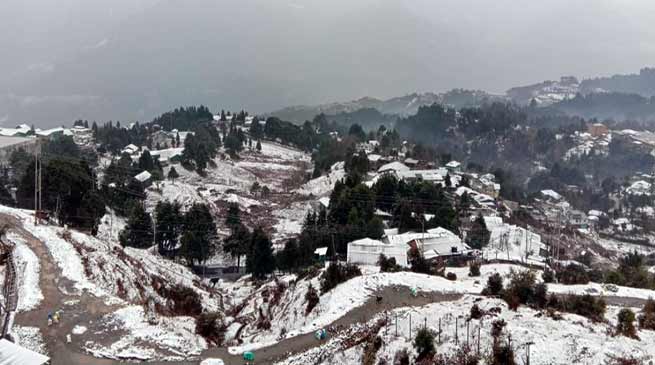 Itanagar: Arunachal Pradesh’s Tawang district, one of the most-sought-after tourist destinations, bordering China witnessed the season’s first snowfall on Wednesday, bringing cheers on the faces of tourists and hardships to the local people, with the temperature dipping below zero degree Celsius.

On the day, Tawang recorded the temperature at -2°C while the temperature in the state capital region was 14°C, official sources said.
Tourists travelling to Tawang and Bum-La Pass experienced the first snowfall of the season.

The visitors enjoyed the ‘blessings of the nature’, as the entire area was covered with milky white.

For the office-goers and locals, it was a difficult day. At some locations, the vehicles got stuck because of the heavy snowfall, prompting the commuters to push their cars to pass though such
areas, sources added.