Taliban insists on creating an ‘Independent Islamic System’ in Afghanistan 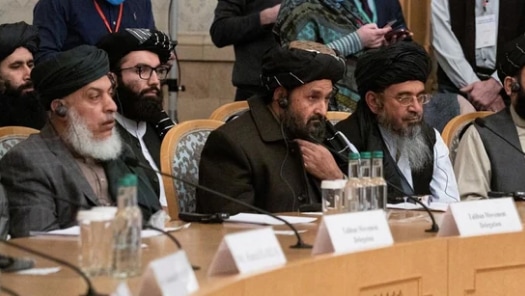 Doha: Mullah Abdul Ghani Baradar, the head of the delegation of the Taliban movement at the intra-Afghan peace talks in Doha, on Saturday advocated building a society that is underpinned by Islamic values.

Earlier in the day, the latest round of the nine-month talks was launched at the Qatari capital. The sides are expected to discuss how to abate the ongoing violence in the country as well as end the armed struggle, form a new government and release 7,000 Taliban militants from prisons, a source from the Kabul delegation told Sputnik.

“If peace will come to our country, I can say for sure that we will have a prosperous, comfortable and respectable life in a very short time. In order to achieve all of that, we need a strong, centralized, and independent Islamic system. In that regard, we must move beyond the constraints of egotism, personal interest and ambition,” Baradar said.

The Taliban official went on to stress the necessity of having a social system that reflects the religion and convictions of the Afghan people.

“We want progress, good and comfortable life, which also takes into account our Islamic values, independence and freedom,” Baradar added, urging to put an end to “the distrust between the Afghans,” and to counteract all attempts to undermine the country’s unity.

The peace negotiations started in Doha back in September last year and have been ongoing until now. In recent months, however, it has been marred by violent clashes and terror attacks across Afghanistan.