According to the movement, it seized Takhar's Warsaj district, including a local police headquarters and got hold of weapons, vehicles and ammunition. 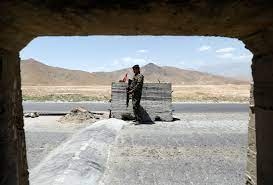 Kabul: The Taliban announced on Sunday that they had captured two districts in Afghanistan’s northeastern provinces of Takhar and Badakhshan.
According to the movement, it seized Takhar’s Warsaj district, including a local police headquarters and got hold of weapons, vehicles and ammunition.
In Badakhshan, the militants took over the Yawan district, with approximately 150 Afghan soldiers allegedly surrendering and joining the Taliban.
Violent clashes and terror attacks continue to ravage Afghanistan despite ongoing peace talks between the government and representatives of the Taliban in the Qatari capital of Doha.

Taliban assures no terror group to use Afghan soil against Islamabad: Pak FM

Kuwait’s airport to operate at full capacity from Sunday