Taking over of community halls by CRPF not a political issue

Sources said that in the past few days, CRPF has occupied marriage halls in Shatrashahi and Illahi Bagh areas of the city. 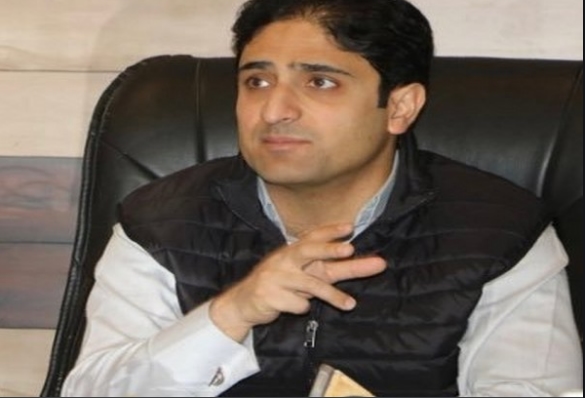 Srinagar: City Mayor Junaid Mattu on Friday, while expressing strong resentment on the taking over of community halls in Shatrashahi and Illahi Bagh areas by CRPF personnel, however, stated that it was not a political issue and should not be distorted in such a way to look like one.

Discussing the issue with Divisional Commissioner Pandurang K Pole, he said hampering the community facilitation services will not only lead to inconvenience to people in the surroundings but also stigmatise the law and order measures.

In a series of tweets, Mattu said, “These community halls are integral to social and community gatherings and are constructed in areas where people don’t have huge houses and lawns. They are a community necessity.”

The move, taken by the Srinagar Municipal Corporation (SMC), followed the Central government’s decision to deploy an additional 50 companies of paramilitary forces in Kashmir, in the wake of the recent spate of civilian killings last month.

Sources said that in the past few days, CRPF has occupied marriage halls in Shatrashahi and Illahi Bagh areas of the city.

“I strongly favour decent and appropriate housing facilities for CRPF deployment in Srinagar, but urge the Centre to leave the Community Halls for community services,” Mattu tweeted.

The Srinagar Mayor said in another tweet that it is very important that community facilitation services are not hampered – It’d be a huge inconvenience to people and also stigmatize law and order measures”.
The Mayor said the DC has assured him that alternate options will be explored.

At some places, people in Srinagar have shown concern and staged protests against the taking over of community halls by the security forces and demanded their shifting to other suitable places.