The French international made his first appearance of the season on Tuesday night when he came as a second-half substitute in the 1-0 Champions League wins away to Dynamo Kyiv. 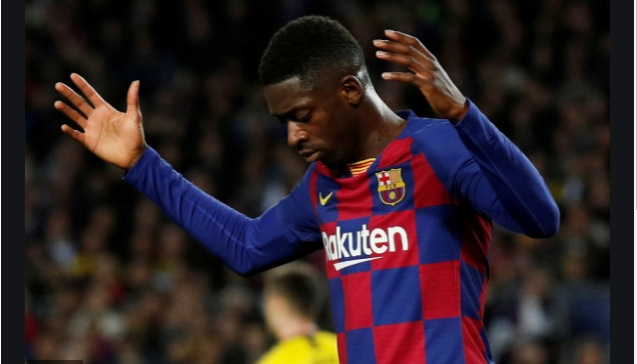 Madrid: FC Barcelona winger Ousmane Dembele has suffered yet another muscle injury and will once again be out of action for an unspecified period of time.

The French international made his first appearance of the season on Tuesday night when he came as a second-half substitute in the 1-0 Champions League wins away to Dynamo Kyiv.

He was expected to make another appearance on his way to full fitness in Saturday’s visit to Celta Vigo, but the club announced on Thursday that he has suffered a setback in training.

“The first team player Ousmane Dembele has a strain in the semimembranosus muscle of his left hamstring. He is unavailable for selection and his recovery will dictate his return,” says the FC Barcelona website, which also reports that Sergio Dest is sidelined with a lower back problem that stopped him playing in Kyiv.

Dembele’s injury comes at the worst possible time for Barca after it was confirmed during the week that striker Kun Aguero will be sidelined for at least three months while the club fully investigates the irregular heartbeat which saw him taken to hospital on Saturday after suffering a dizzy spell in Barca’s 1-1 draw against Alaves.

Injuries have limited Dembele to just 119 first-team appearances since he joined Barcelona from Borussia Dortmund for a fee of around 110 million Euros for a five-year contract in the summer of 2017. Despite his dreadful injury record, the club is currently in talks to extend the Frenchman’s current contract, which expires at the end of June.