Stalin said the amount will be provided to them along with the interest when they attain the age of 18, an official release said. 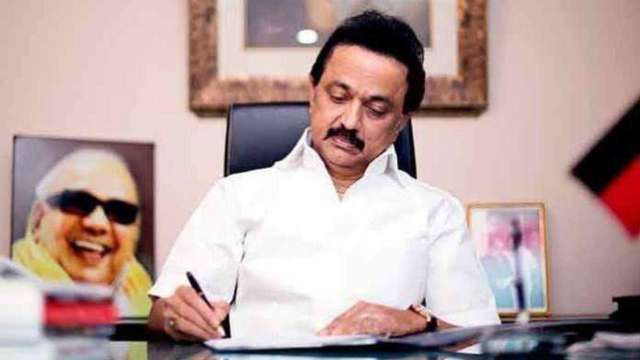 Chennai: Tamil Nadu Chief Minister M K Stalin Saturday announced financial assistance of Rs five lakh as a fixed deposit to those children who have lost their parents due to COVID.

Stalin said the amount will be provided to them along with the interest when they attain the age of 18, an official release said.

He also announced that the government will bear the educational and hostel expenses of these orphaned children till their graduation from college.

It will also make arrangements to ensure that priority is given to such orphaned children to be accommodated in government homes for children.

For children, who have lost either parent, an assistance of Rs three lakh will be given to the living parent.

Children who had lost a parent earlier and have now lost the other parent to COVID-19 will be also provided with Rs five lakh in a fixed deposit.

Children who have lost their parents due to COVID-19 and are not in government homes, but living with relatives or guardians will be given a monthly allowance of Rs 3,000 till they attain the age of 18.

Stalin said a Task Force has been already formed to take care of the children who lost their parents due to the virus.

He also announced that a special committee will be formed in each district to oversee the administration of the relief amount given to such children and their education and growth.

All government schemes will be given to such children and where there is a living parent, to such parents, on a priority basis.

The committee will frame rules and guidelines to provide these relief measures to the orphaned children, comprising an additional chief secretary, officials of the finance department and social welfare secretary and voluntary organisations.

Couples who did not separate even in death

East, Central & Northeast India likely to get rain with thunderstorm during next 4-5 days