Anti-government protesters continued to rally against President Wickremesinghe who is widely believed to be a Rajapaksa ally. 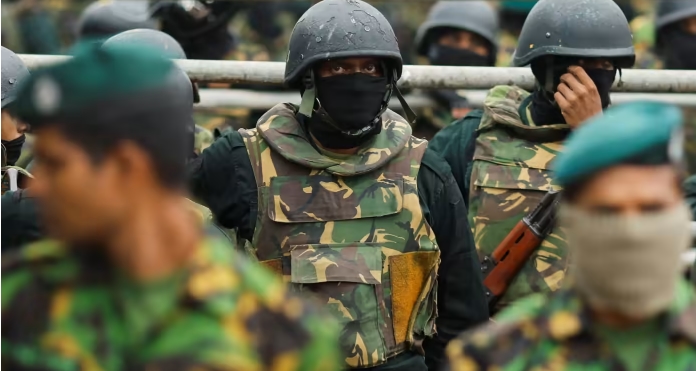 Colombo: days after Ranil Wickremesinghe was sworn in as the 8th Executive President of Sri Lanka, 14 people including one woman were hospitalized on Friday when the security forces and police forcibly dispersed them from the protest area around the President’s office.

Nine people have been arrested when the security forces cleared the Galle Face Green protest site in a pre-dawn operation.

A Gazette extraordinary was issued calling out the armed forces to maintain public order in all administrative districts.

The international agencies and community at large have shown grave concern with the US ambassador in a Twitter message saying, “Deeply concerned about actions taken against protesters at Galle Face in the middle of the night. We urge restraint by authorities and immediate access to medical attention for those injured.’

The UN Resident Coordinator Hanaa Singer-Hamdy in a message said, “Gravely concerned by the use of force to disperse protesters. Journalists and human rights defenders have a right to monitor demonstrations and their functions should not be impeded. Actions that stifle protests and the right to peaceful assembly can worsen economic and political stability in Sri Lanka. Peaceful solutions in accordance with broad public consultations are the only way forward.”

The Bar Association of Sri Lanka said it strongly and unreservedly condemn the use of force and violence last night by the authorities in attacking protesters at Galle Face in the vicinity of the Presidential Secretariat.

The Human Rights Commission of Sri Lanka condemned the brutal and despicable attack on the peaceful protesters at Gall Face vicinity by the Military saying that it is a total violation of the fundamental rights of the people by the actions of the Executive.

The HRC advised the state to identify the perpetrators and take appropriate action and ensure such actions by the Military or any action within the control of the State to violate the fundamental rights of the people will never occur in the future.

In the meantime, the HRC will conduct its own investigation to ensure that rule of law is maintained.

Anti-government protesters continued to rally against President Wickremesinghe who is widely believed to be a Rajapaksa ally.

About 200 persons who protested near the Fort Railway station marched towards the President’s office, but have been blocked by police on Lotus road, near Hilton hotel.