These camps were organized jointly by the district police, transport departments and the Lorry owner's association to mark the conclusion of the weeklong road safety celebrations. 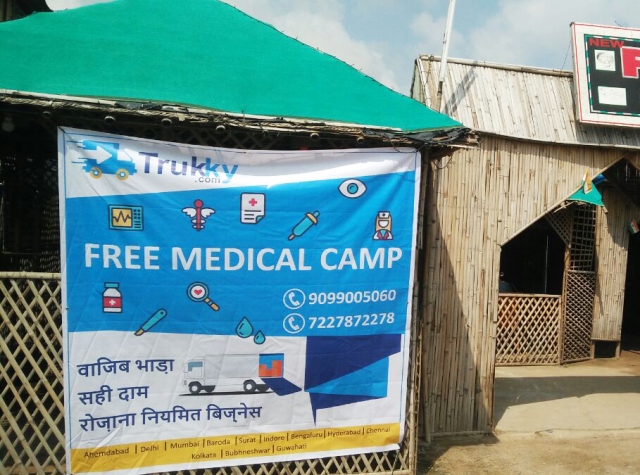 Kakinada: Kakinada district superintendent of police M.Ravindranath Babu has inaugurated a blood donation camp and also a free medical and eye camp for the lorry drivers at the lorry owner’s association office at Sanjay Nagar here on Tuesday.

These camps were organized jointly by the district police, transport departments and the Lorry owner’s association to mark the conclusion of the weeklong road safety celebrations.

Addressing the lorry workers on the occasion, the SP said that two wheeler drivers were involved in most of the road accidents and the little precautions such as wearing of helmets by drivers of two wheelers and seat belts in case of four wheelers would help in reducing the number of road accidents.

Rash and negligent driving and drunk and drive was responsible for the road accidents, which can be prevented by creating awareness on the safety aspects, he added.

The SP gave fruit juice to 45 drivers who donated blood and honored them presenting mementoes and certificates.

A medical camp was organized with the cooperation of the Apollo hospitals and eye tests were conducted with the help of the Nayana eye care hospital. The SP also distributed prizes, certificates and mementoes to the students who stood top in the essay contest and drawing competitions conducted on the road’s safety.