Starting February 15, 2023, two additional Hyderabad-Bengaluru frequencies will be added taking the daily departures to four ex-Hyderabad, he said that we will start our operation from Varanasi, the 14th destination from Feb 18, 2023 and we will aoso start is operation from Ahmedabad soon. 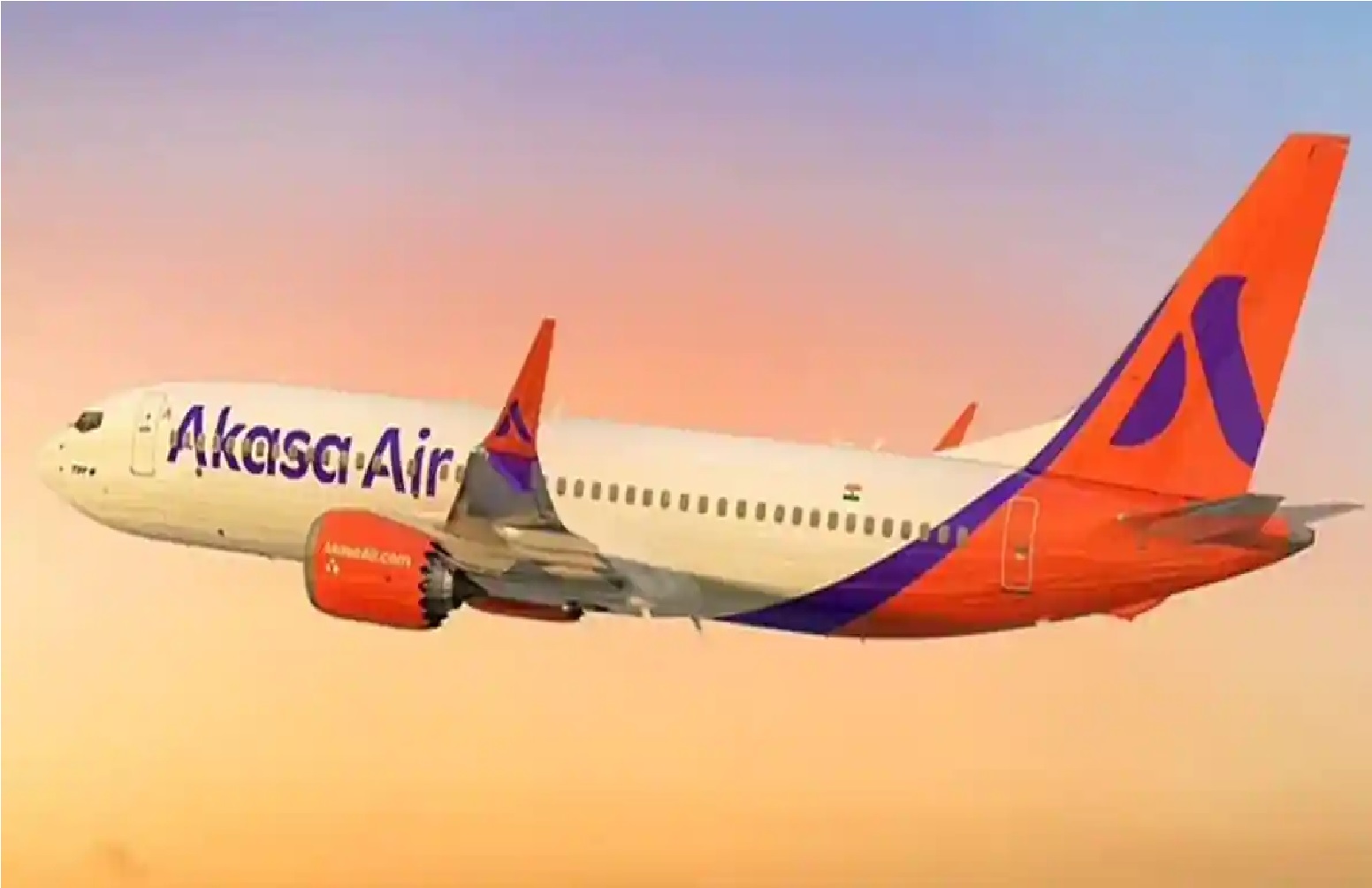 Hyderabad: Domestic airline Akasa Air, an Indian low-cost airline headquartered in Mumbai, on Tuesday announced the launch of its services between Hyderabad to Goa and Hyderabad to Bengaluru on Wednesday, which will be the airline’s 13th destination since its launch in August this year.
Commence operation from Hyderabad with daily flights between Hyderabad – Bengaluru and Hyderabad – Goa starting tomorrow at Rajiv Gandhi International Airport (RGIA) here and further strengthens our presence in southern India, said Praveen Iyer, Co-founder and Chief Commercial Officer, Akasa Air in a press conference here.

Starting February 15, 2023, two additional Hyderabad-Bengaluru frequencies will be added taking the daily departures to four ex-Hyderabad, he said that we will start our operation from Varanasi, the 14th destination from Feb 18, 2023 and we will aoso start is operation from Ahmedabad soon.

Since its launch in August this year, Akasa Air has been rapidly scaling up its operations and with the commencement of the Hyderabad fights, the airline will cross the milestone of over 575 weekly flights on a total of 21 announced non-stop routes across 14 cities – Ahmedabad, Bengaluru, Kochi, Chennai, Mumbai, Delhi, Guwahati, Agartala, Pune, Visakhapatnam, Lucknow, Goa, Hyderabad, and Varanasi, he said.

To establish a strong pan-India presence focusing on metro to tier 2 & 3 route connectivity, we will induct at least a new aircraft every 15 days, he said currently, operating 14 aircrafts and the fleet size will be 18 aircraft by the end of March 2023 and over the next four years, the airline will add 54 additional aircraft, taking its total fleet size to 72 aircraft, he informed.

We have already placed an order of 72 Boeing 737 MAX airplanes, powered by CFM fuel efficient,LEAP-1B engines. The 737 MAX family aircraft deliver superior efficiency in reducing fuel use and carbon emissions, fulfilling the airline’s promise of being an environmentally friendly company with the youngest and greenest fleet in the Indian skies, he said.

To a question, Praveen said that our International operations are likely to start by this second half year.
International operations will be possible when the airline has a minimum of 20 aircraft in its fleet and this fleet addition is expected to reach by May, 2023.
Currently, our manpower is 1500 and we will recruit 175 people every month to meet our network operations demand, he added.
Belson Coutinho, Co-Founder and Chief Marketing & Experience Officer, Akasa Air, said, that we will allow pets—domesticated cats and dogs—in the aircraft cabin and also carry them as belly cargo from November 1. Booking for pets opens October 15 onwards.