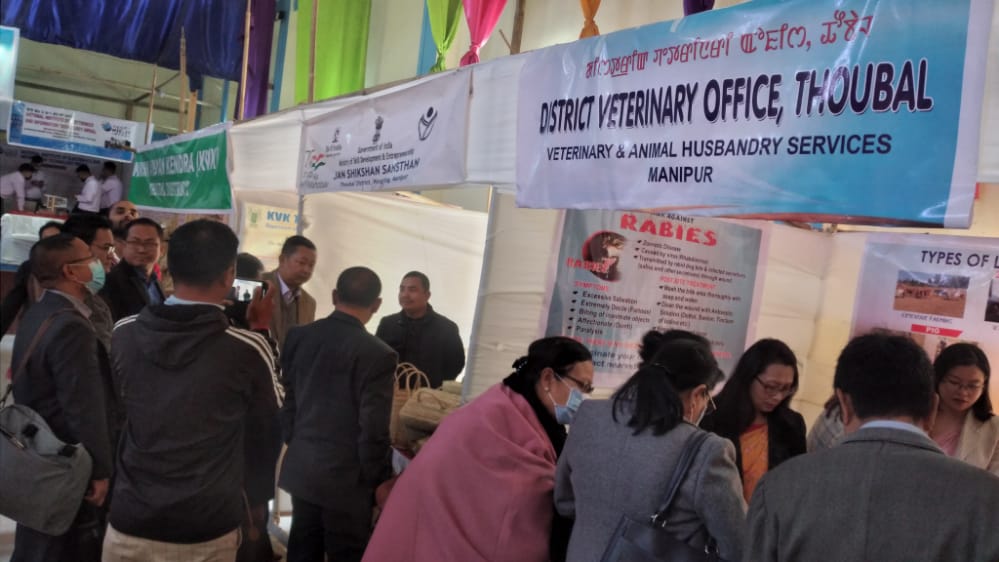 L.N Kashung, IAS Mission Director, Manipur Society for Skill Development, was the Chief Guest of the function. In his speech, L.N. Kashung said that there are a lot of qualified youth in Manipur but most of them lack skill. In order to impart skill to these educated youth, the society is organising various short term as well as long term courses. He appealed  to the youth to take part in such program and revamp their knowledge.

Deputy Commissioner, Thoubal A. Subhash Singh, IAS, in his presidential speech said the district skill mela was organised to give awareness to the youth about the various skills and knowledge they can get from various fields. He expressed happiness that the students from various schools are showing off their skills by making various items like incense sticks and kauna products.

He appealed to the college students to take advantage of such opportunities so they can get ideas and knowledge about various skills in different fields. The Deputy Commissioner also said that a skill development training centre will be set up in the district.

Prof. M. Bina, principal of Thoubal College, was the guest of honour for the function.