Air Marshal Patnaik said this on the sidelines of an air display by the Suryakiran aerobatics team over Lachit Ghat here. 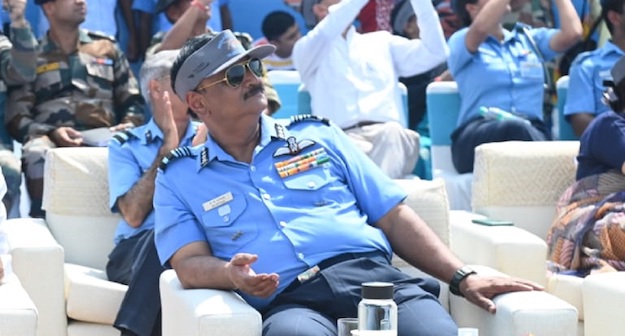 Guwahati: Chief of the eastern air command (EAC) of the Indian Air Force (IAF) – Air Marshal Dilip Kr Patnaik – on Tuesday said the situation along the China border on the eastern front is “normal and peaceful”.

Air Marshal Patnaik said this on the sidelines of an air display by the Suryakiran aerobatics team over Lachit Ghat here.

“In the eastern front, there is peace. Everything is normal and peaceful,” he said while replying to a query on the situation along the India-China border in the east.

He added that the Indian Air Force (IAF) has been alert to avert any untoward incident along the border.

“The IAF is on alert and there are systems that have been put in place to keep a check and avert any untoward incident,” the Air Marshal said.

In the last eight years, since the BJP-led NDA came to power at the Centre, India and China have held at least 22 rounds of bilateral talks in relation to the border tensions between the two countries.