The deciding game witnessed intense action in the initial exchanges but it was Han who took a three-point lead at the time of the breather. 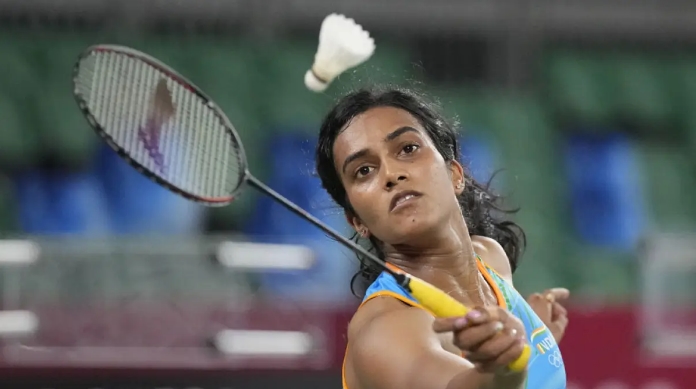 Sindhu comes from one game down to beat Han 17-21, 21-11, 21-19 in a thrilling quarterfinal match at the Singapore Indoor stadium. She will next play against Saena Kawakai of Japan to secure her spot in the final.

After losing the first game in a close contest. Sindhu turned the momentum in the second and pocketed the game to force the match into a decider and keep her semifinal hopes alive.

The deciding game witnessed intense action in the initial exchanges but it was Han who took a three-point lead at the time of the breather.

After the change of sides, Sindhu took seven points in a row from 9-14 down and held a 2-point lead. But Han was not ready to give up easily as she equalized at 16-all. Sindhu regained her lead with a couple of points and the Chinese again leveled it at 18-all.

The momentum kept swinging back and forth as none of the players held lead. The drama continued as the scores were tied 19-all and a match point awaited one of them.

In another moment, Sindhu reached the match point opportunity. Then, she went for a short lift to which Han reverted with a smash that went slightly above the wide line. Sindhu confidently challenged it to be out which she won and wrapped up the win to march through to the last four.