This was perhaps the first time a Gurdwara organized Akhand paath for a Prime Minister. 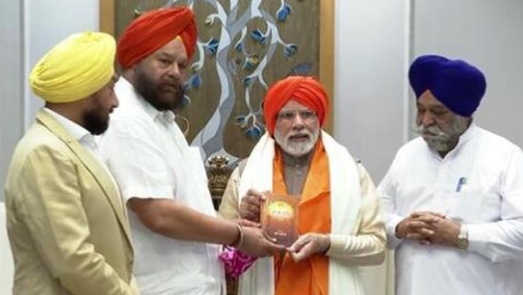 New Delhi: A delegation of Shri Gurdwara Bala Sahib visited Prime Minister Narendra Modi here on Monday to bless him on his birthday.

An Akhand paath, which started on September 15 and culminated two days later, was attended by thousands of Sikh devotees.

This was perhaps the first time a Gurdwara organized Akhand paath for a Prime Minister.

The Sikh delegation honored the Prime Minister by tying a turban and offering a Siropa.

The Prime Minister expressed his happiness at meeting the delegation and thanked them for their wishes. He said that he was humbled and deeply touched by their gesture.

The delegation also thanked the Prime Minister for the initiatives taken by him for the welfare of the Sikh community, officials said.