Shrine Board reviews security, Op preparedness ahead of New-year

CEO underscored that with the determined efforts of the Shrine Board and blessings of the Divine, yatra to the holy shrine has tremendously increased as compared to the previous two years which has been possible due to the all round efforts of all the stakeholders. 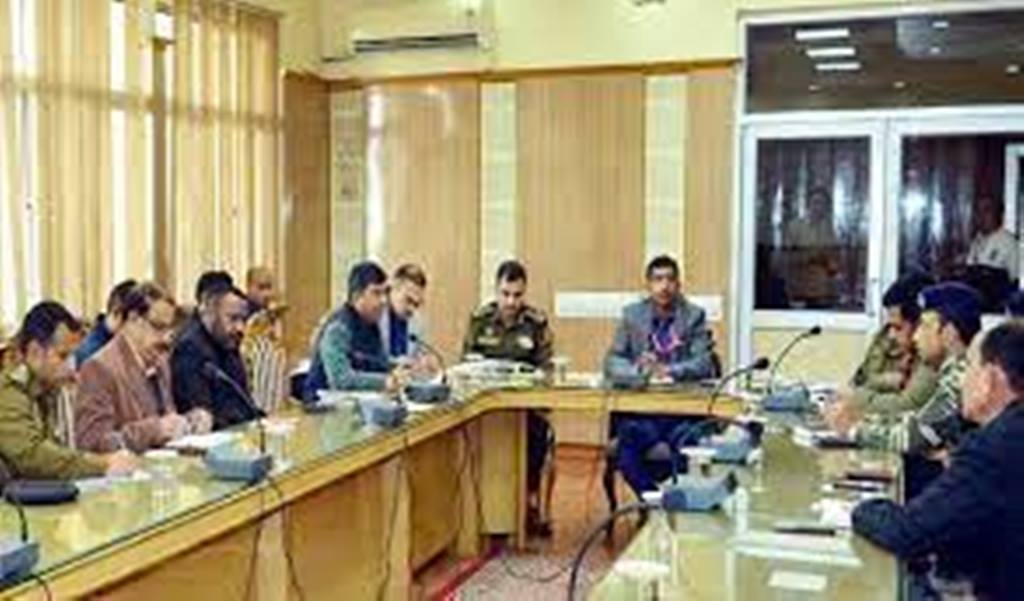 Jammu: To assess security and operational preparedness of Shrine area for hassle-free pilgrimage prior to onset of New Year-2023, which is expecting to draw pilgrims in large number from various parts of the country and abroad to abode of Shri Mata Vaishno Devi, Anshul Garg, Chief Executive Officer, presided over a joint meeting with security agencies to review security and operational preparedness on Friday at Spiritual Growth Centre, Katra.

Notably, 12 pilgrims were killed and 12 injured during a stampede on 2021 midnight ahead of first day of 2022 at Shri Mata Vaishno Devi Bhawan.

CEO underscored that with the determined efforts of the Shrine Board and blessings of the Divine, yatra to the holy shrine has tremendously increased as compared to the previous two years which has been possible due to the all round efforts of all the stakeholders. He said that we expect a good turnout of pilgrims during upcoming winter vacations and onset of New Year–2023 and laid emphasis for operational preparedness with full proof security of the visiting pilgrims.

CEO urged for simulating exercises jointly to deal with crowd management well for effective Yatra management on ground on the eve of New Year. To review each and every security aspect of the Shrine area enroute besides, safety and security of pilgrims expected to visit in huge volume on New Year, he emphasized to conduct joint drills well in advance and plug any gaps. A slew of directives were issued to the Sub-Divisional Magistrate, Bhawan for physical and systematic improvements wherever required at Bhawan and allied areas after critical examination.

The Chief Executive Officer stressed upon all the stakeholders for action on diverse fronts for hassle free pilgrimage on New Year including issuance and verification of RFID cards, effective crowd management, augmentation of holding areas, working out plans for decongestion of the entire track, particularly the Bhawan area, separation of entry, exit routes at Bhawan and all time surveillance through dedicated CCTV dedicated network of over 500 cameras.

In the meeting, DIG highlighted major challenges for the deployed security forces in coming days for managing the expected influx of pilgrims on New Year. He briefed that additional forces as per request shall be deployed in and around Katra and on the track enroute Bhawan in coordination with other security agencies to ensure fool-proof security and effective Yatra management.

SSP Reasi presented a detailed security grid in place and discussed various security measures going to be placed on the eve of New Year enroute to Holy Shrine, besides deployment of QRTs (quick response teams) and a multi-tier security grid comprising police, CRPF and other paramilitary forces,