Dalai Lama to inaugurate international conference in March at Dharamshala

She said that the main theme of this conference will be oriented around ‘Promotion of Compassion, Peace and Non-Violence through Ancient Indian Education and Culture’. 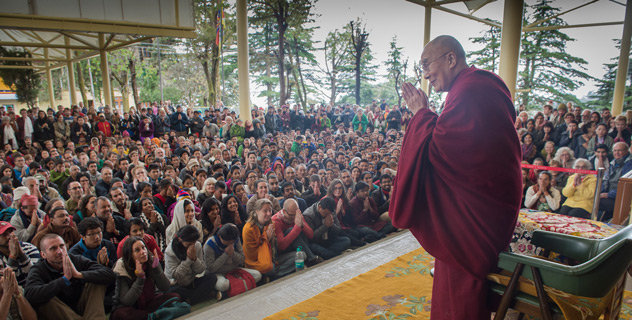 Dhramashala: Tibetan spiritual leader the Dalai Lama will inaugurate an international conference on ‘Promotion of Compassion, Peace and Non-Violence through Ancient Indian Education and Culture’.

Central University of Himachal Pradesh (CUHP) Public Relations Officer Pooja Awasthi told UNI on Friday that Vice Chancellor of Central University of Himachal Pradesh (CUHP), Dharamshala sought the blessings of Buddhist Spiritual Leader the Dalai Lama today and the main purpose of this courtesy meet was to invite the Dalai Lama as chief guest for the inaugural ceremony of proposed International Conference to be organized in Dharamshala in the month of March 2023.

She said that the invitation has been accepted by the Tibetan spiritual leader Dalai Lama.

She said that the main theme of this conference will be oriented around ‘Promotion of Compassion, Peace and Non-Violence through Ancient Indian Education and Culture’.

She said that this conference shall be organized by CUHP, Dharamshala in collaboration with International Buddhist Confederation (IBC), Ministry of Culture, Govt. of India and State Govt. of Himachal Pradesh.

It is learnt that the Dalai Lama also forwarded his valuable suggestions for the conference and provided guidance for its successful organization. It was also assured that Central Tibetan Administration (CTA) will provide complete support for proposed conference.

During the meeting today the Dalai Lama was informed about the centre and courses started by CUHP for the study of Tibetan Culture and Buddhist Religion in the University which was highly appreciated by the Tibetan spiritual leader.

On this occasion, the Dalai Lama expressed that due to such efforts of the University, the basic principles of Buddh Religion and values like; peace and non-violence can be promoted in the present times.

He said that the Central Tibetan Administration (CTA) will also be approached for making these courses successful in future.