Last year, the zonal ranking of Nayana Devi city, which ranked first in the state in the 2020 survey, was 397. 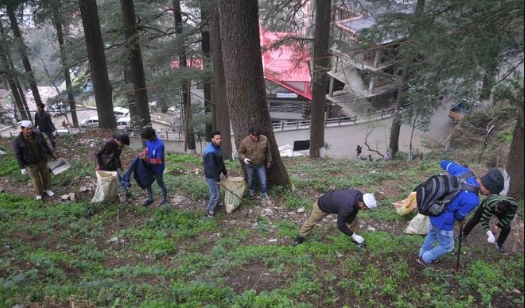 Shimla: Shimla, capital of the erstwhile Britisher empire was declared a garbage-free city in the country with improved indoor to door garbage collection services however the queen of hills reduced ranking in the cleanliness survey from 65 places to 102.

Shimla Municipal Corporation which is the oldest civic body in the country is solely responsible for keeping the town clean, well maintained and looking, after all, its natural and public asset.

SMC Health officer Chetan Chauhan accepted that town could not perform better in other categories due to health concerns of the corporation employees due to the Covid-19 pandemic but it would be improvised in the next year.

He said that the cleanliness survey- 2021conducted by the union urban development ministry in the country, Shimla has suffered a lot in the ranking.

He said that even after lagging behind in cleanliness ranking, the good news is that Shimla city has been declared as Garbage Free City in the survey.

” Shimla is the first city of the state in this category. Shimla city has got one star as Garbage Free City,” he said adding that SMC had claimed seven stars.

Garbage free city means that now garbage is not thrown in the open in Shimla city.

It has also been declared ODF Double Plus in the category of Open Defecation Free last year. Residents of the town are a little critical of local self-government that it was claiming its claim best ranking in ODF for the last three years.

Dharamshala which was declared second Municipal Corporation by the last Congress rule ranked 134th in the cleanliness survey.
The cleanliness survey of other township and urban bodies having a population of less than 25,000 also have performed well but in the national ranking, none of them is in the list of the first hundred.

Last year, the zonal ranking of Nayana Devi city, which ranked first in the state in the 2020 survey, was 397.

However, this time there are eight such cities including Dharamsala, whose ranking is less than 400.

Urban Development Minister Suresh Bhardwaj congratulated the people of the state for their good performance in Swachh Survekshan 2021.

The Minister said that many cities have performed well as compared to last year. The cities which have shown a lack of performance will be removed.