Assam has boundary disputes not only with Meghalaya but with other neighbouring states of Nagaland, Mizoram and Arunachal Pradesh stretching over decades creating unrest in the border areas. 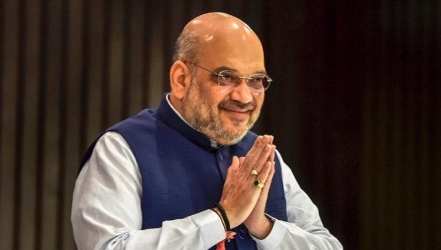 ShIllong: Union Home Minister Amit Shah would kick start his two days visit to Meghalaya on Saturday to chair a meeting with Chief Ministers of the North Eastern States and to inaugurate a slew of central projects.

Assam has boundary disputes not only with Meghalaya but with other neighbouring states of Nagaland, Mizoram and Arunachal Pradesh stretching over decades creating unrest in the border areas.

The BJP-led NDA government is keen that the boundary dispute between different states of the region is resolved by 2022.

The centre believes that if the decade-old border dispute with Bangladesh could be resolved so to the dispute within the country.

“The Union Home Minister had desired that before the 75th year Independence of the country, all these issues not only with Meghalaya and Assam but Assam and other North-Eastern states also should be resolved. It will be our endeavour to resolve this within that time frame. However, it all depends on how the talks move forward,” Chief Minister Conrad Sangma said.

On the first day of his visit, Shah would inaugurate the Inter-State Bus Terminal at Mawiong in the afternoon and then inaugurate the Cryogenic Plant at Umsawli in the evening.

The next day he would be at Sohra and would take part in an afforestation project at Wahshari and will inaugurate the Greater Sohra Water Supply Scheme at Khliehshnong, near Ramakrishna Mission, Sohra.

The Union Home Minister is also expected to hold a meeting with various NGOs on Saturday night over the demand to extend the Inner Line Permit system in the State.

ILP under the Bengal Eastern Frontier Regulation, 1873, is an official travel document issued by the Central Government to allow inward travel of an Indian citizen into protected/restricted area for a limited period. It is obligatory for Indian citizens from other states to obtain permit for entering into the restricted areas.

The permit system is still in force in Nagaland as well as Mizoram as well Arunachal Pradesh and Manipur.