Seven of a family killed in UP blast

In this horrific accident, the house was completely destroyed. 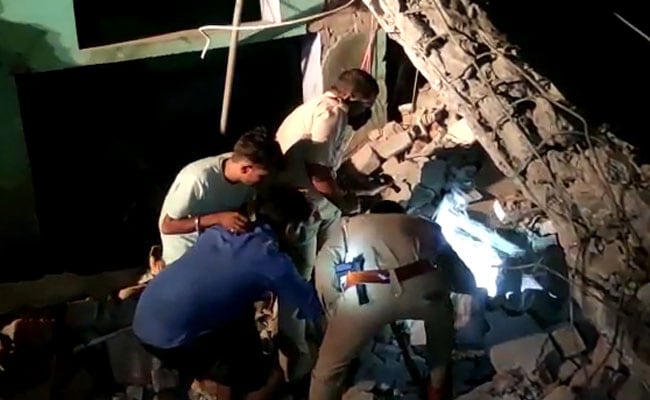 Gonda: Seven members of a family were buried alive under the debris of the collapsed roof of a house in the midnight explosion at Tikri village under Wazirganj police station area of ​​Gonda district in Uttar Pradesh.

Seven people were also seriously injured in the incident.

Giving this information, Superintendent of Police Santosh Kumar Mishra said on Wednesday that a sudden explosion took place in the house of Nooral Hasan in Tikri village late on Tuesday night.

In this horrific accident, the house was completely destroyed.

More people are feared trapped under the debris.

SP said that as soon as the information about the incident was received, the police team reached the spot, removed the debris and got the victims out. Of these, seven have been declared dead while seven others are injured.

He said that two men, two women and three children were among the dead. The administration reached the spot on the information given by the villagers on dial 112 in the night itself, the work of removing the debris from a JCB and Pokeland machine is going on on a war footing.

Forensic team has been deployed to ascertain the cause of the blast. Those seriously injured are undergoing treatment. Relief work is going on with the help of administration and police and villagers.

At present, the incident is being investigated deeply. The bodies have been sent for post-mortem.

Couples who did not separate even in death

East, Central & Northeast India likely to get rain with thunderstorm during next 4-5 days