Unfortunately, the matter was brought to the notice of the state committee but no corrective measure was taken, he pointed out. 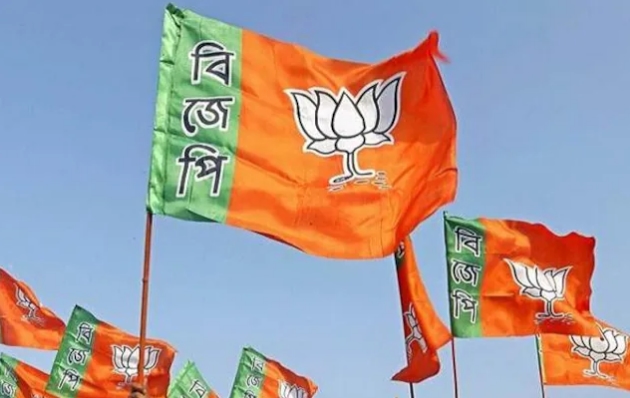 Agartala: The ruling BJP in Tripura has received a jolt ahead of the upcoming Village Committee election in the autonomous district council (ADC) and state assembly election after a senior party leader of Unokoti district tendered his resignation raising allegations of factional feud and power battle among the leaders on Thursday.

Ranabir Battacherjee (65) who had been elected as Mandal President of Kailashahar a few months ago, sent his resignation by post to Party state president and Chief Minister Dr Manik Saha expressing his inability to continue his duty, as the organization is running with a vested interest.

Bhattacharjee, a bachelor and managing life from private tuition alleged due to the highhandedness of some political leaders close to Labour Minister Bhagavan Das, who hails from Unokoti district for him it has become difficult to manage the organization, he stated in the letter.

“Soon after taking the charge of Mandal president, I tried to reshape the organization by removing all corrupt people who have been otherwise proven to be detrimental to BJP. But the move triggered several disagreements with a section of party leaders who are close to the minister,” Bhattacharjee charged.

He added without informing him the booth presidents of various booths of Kailashahar were removed and new booth presidents were appointed. The state leaders have been holding party meetings without his knowledge. Unfortunately, the matter was brought to the notice of the state committee but no corrective measure was taken, he pointed out.

He complained in the letter that a sizable number of elected panchayat members, who happened to be close to minister Das, were involved in corruption and several anti-social activities. These were informed to the party several times but no action was taken yet rather Bhattacharjee became isolated.

Several senior leaders who were once the architects of building party organization and installed BJP-led government in Tripura 2018 have reportedly been side-lined after they raised objections to the functioning of the party and the government, alleged a veteran BJP leader of the state adding that this party has lost all it’s glory and credibility in Tripura now.

“The issues related to corruption, involvement in crimes, and non-BJP activities of some state-level leaders and ministers were reported to Party national president, Prime Minister, and Home Minister several times but no action so far. As a result, the people who deserted BJP before 2018 are again returning to Congress and BJP,” he observed.