It has been nearly a 50-year wait since the first ATM machine was installed, but no matter the delay the installation at the hospital marks a significant event. 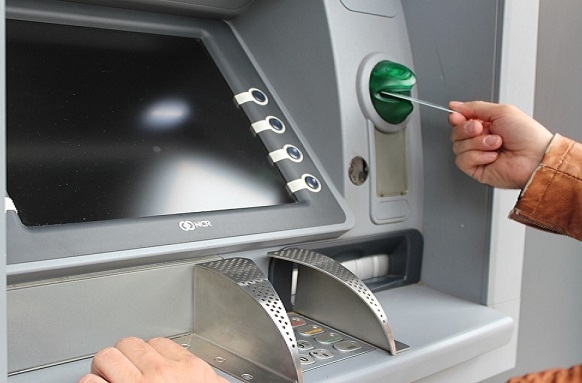 Shillong was then part of the Assam Province under British rule. Barron’s father, Wilfred Shepherd Barron was in Scotland, but when he was in Shillong, he was the Chief Engineer of Chittagong Port Commissioners in North Bengal. Barron’s mother, Dorothy was a tennis player who represented at the Olympics, and was the champion in the Women’s Doubles.

But so far there was no ATM machine in the premises of Dr. H Gordon Hospital and that changed on Saturday as the SBI installed one that can be considered as a befitting tribute to the inventor who was reportedly born in the hospital in 1925.

It has been nearly a 50-year wait since the first ATM machine was installed, but no matter the delay the installation at the hospital marks a significant event. Nongrum said that the installation of the ATM came following a request made by the Hospital to the SBI before the Hospital celebrates its centenary in 2022.

“The ATM will also help the staff of the hospital and patients to dispense cash any time they need, especially when emergency arises,” Nongrum said.

The Medical Superintendent also thanked the SBI for acceding to the request of the hospital because the ATM will be in memory of the founder of the ‘cash machine.’ Barron completed his study from Stowe School, University of Edinburgh and Trinity College, Cambridge. During the Second World War, he joined the 159 Parachute Light Regiment of Airborne Forces.

His son, Nicholas Shepherd Barron was the Professor of algebraic geometry at King’s College, London. Barron died on May 15, 2010 at the age of 84 at Raigmore Hospital, Inverness, Scotland.