Sangma said that the banking sector is very crucial at the grassroots level to ensure that different programs are implemented efficiently. 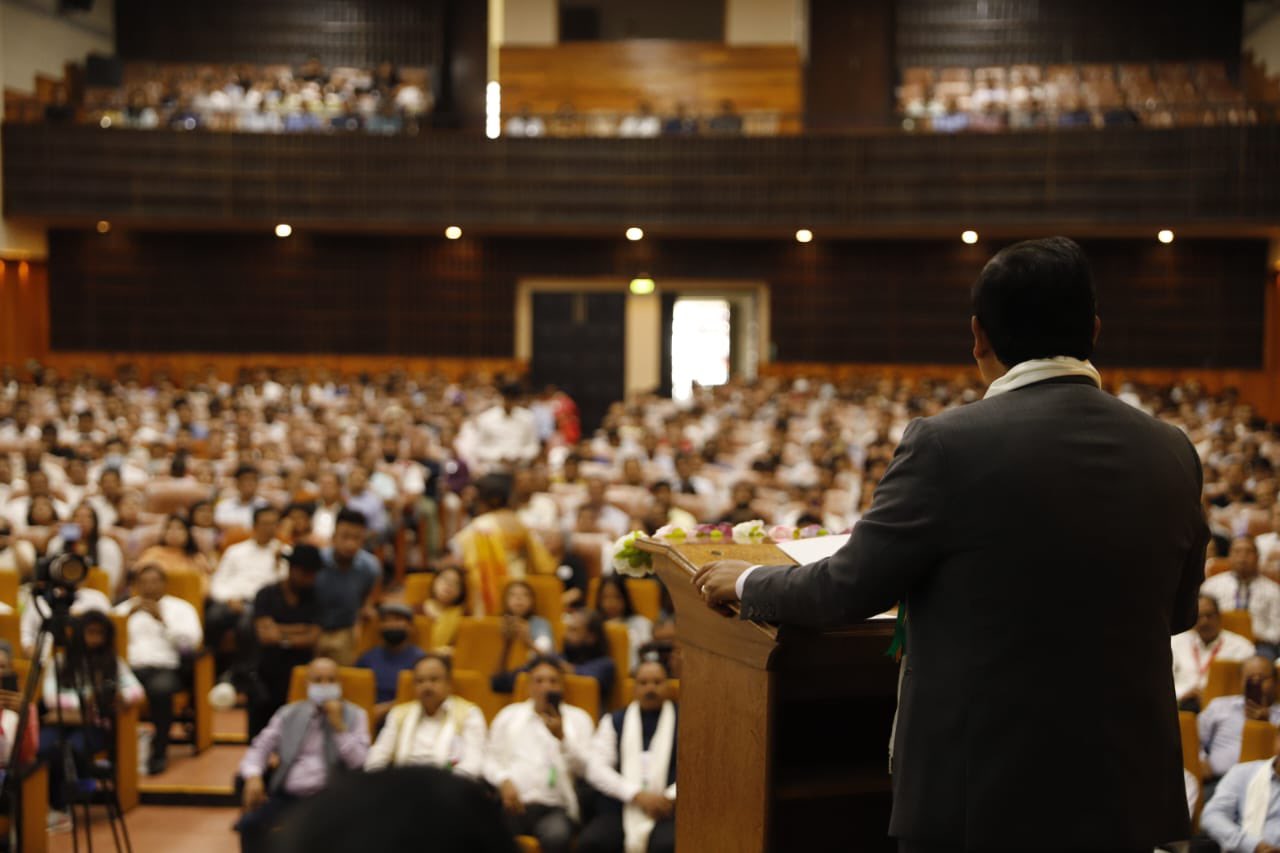 “You have the opportunity to make a difference in your organization by having a goal, a vision of making SBI a global player,” he said to the gathering after inaugurating the 31st annual general meeting of Officers’ Association, North Eastern Circle, SBI at U Soso Tham Auditorium.

“SBI has such a brand name, so much trust and experience, a large scale of network that it can take on anybody but it is the internal innovation and improvements in many areas that need to be thought about in such meetings and shareS with each other experiences,” Sangma. who also holds the finance portfolio, added.

Recalling the role of his father and former Lok Sabha Speaker, (late) Purno Agitok Sangma Sangma in bringing the Regional Office of SBI from Kolkata to Guwahati, Sangma said that the banking sector is very crucial at the grassroots level to ensure that different programs are implemented efficiently.

“The different programs of the State and the Central government make it mandatory for the beneficiaries to have bank accounts and therefore it is very crucial that banks at the grassroots level are efficient for implementation of the programs,” he said.

“We have faced multiple challenges as a government because of the absence of banking sectors at the grassroots level in the implementation of various government programs,” the Chief Minister added.

“Both private and public sector banks provide banking services but banking is one part and service is another and we need to differentiate between these two and sometimes we tend to forget that we are here to serve the people and while giving that service we have to do so with care and passion,” he emphasised.

The Chief Minister mentioned that the officers were in a position to make a difference in the banking sector by leveraging on the trust that people have in the SBI and assured of all assistance and support from the Meghalaya Government to ensure that banking services reach out even to the remotest places in the State.