"Combat aircraft of the Arab coalition led by Saudi Arabia carried out two raids on Sanaa capital, striking a supply camp in the centre of the capital of Sanaa," the source said. 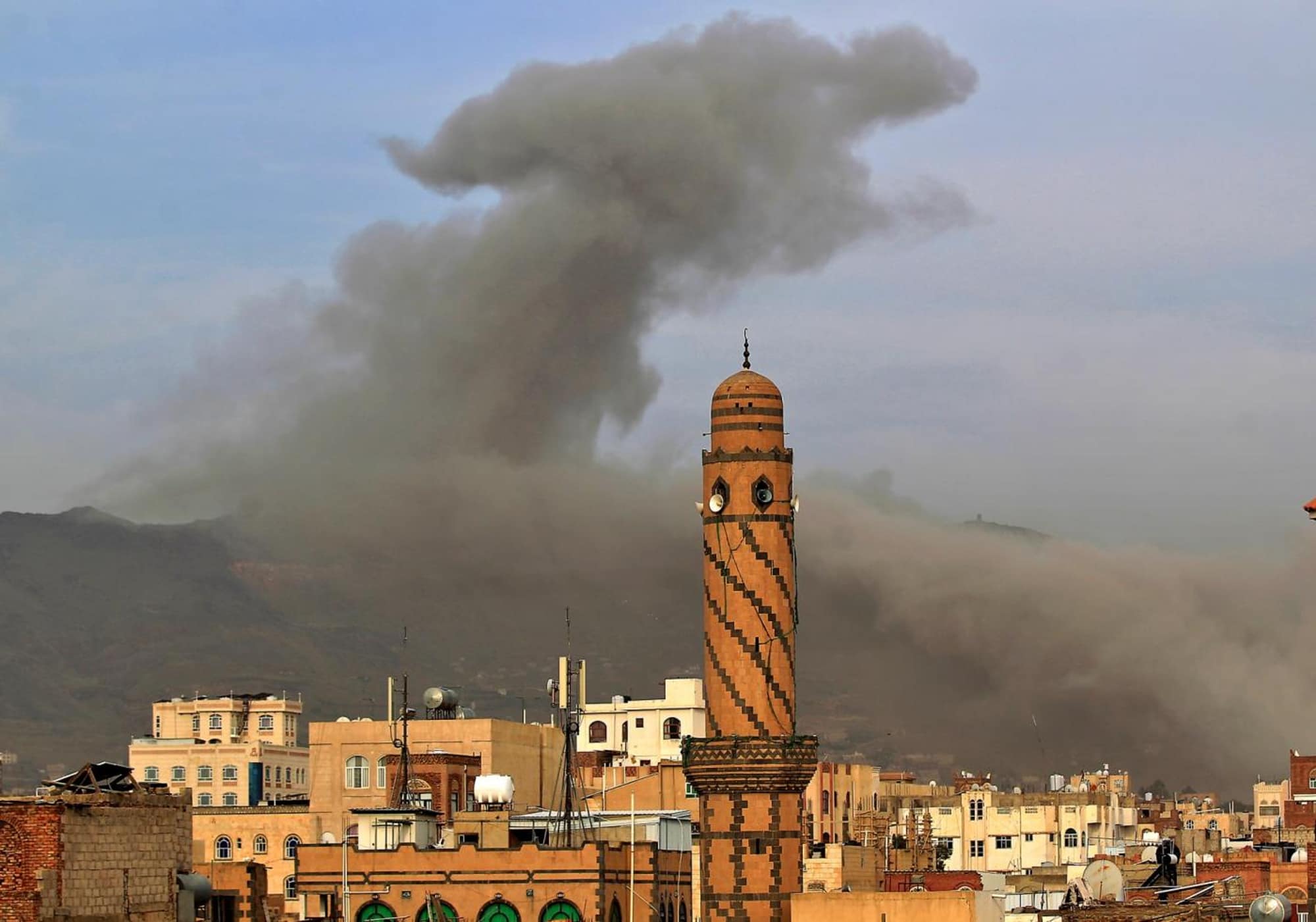 Sanaa: The Arab coalition led by Saudi Arabia struck the Yemeni capital of Sanaa in the early hours of Friday after the expiry of the ultimatum given to the Ansar Allah (Houthi) movement to remove weapons from the Al-Taura stadium, a source in local authorities told Sputnik.

“Combat aircraft of the Arab coalition led by Saudi Arabia carried out two raids on Sanaa capital, striking a supply camp in the centre of the capital of Sanaa,” the source said.

The Arab coalition told the Saudi TV channel Al Ekhbariya that during the time given to the Houthis, they moved weapons from the stadium to the camp. According to a statement published by the media, the coalition managed to hit nine warehouses.

Earlier on Friday, the Arab coalition announced the expiry of the six-hour deadline needed for the Houthis to comply with the ultimatum on the removal of weapons from the Al-Taura stadium in Sanaa, where the national football team is based.

In response to the ultimatum, the leader of the Houthi rebels, Mohammed Ali al-Houthi, urged UN representatives to check the stadium for the storage of weapons in which the Arab coalition had accused the movement. Al-Houthi promised to transfer the weapons, if any, to UN staff. The leader of the rebels compared the actions of the Saudis to the Israeli bombing of the Gaza Strip.

Yemen has been engulfed in an armed conflict between the government forces, led by President Abdrabbuh Mansour Hadi, and the Houthi rebels. Since March 2015, the Saudi-led Arab alliance, working in cooperation with Hadi’s forces, has been conducting air, land and sea operations against the Houthis. The conflict has created the arguably biggest humanitarian crisis in the world.