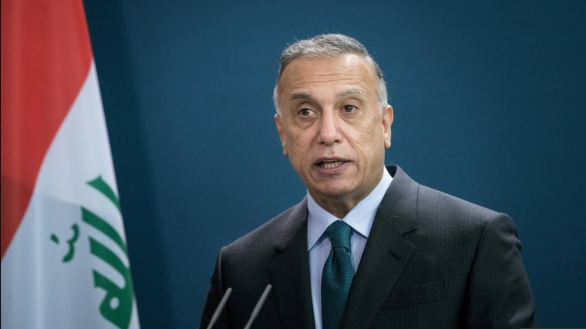 Riyadh: Riyadh condemns an attempt on the life of Iraqi Prime Minister Mustafa Al-Kadhimi that was made earlier in the day, calling it a “cowardly terrorist act,” the Saudi Arabian Foreign Ministry said on Sunday.

“The Ministry of Foreign Affairs expresses the Kingdom’s strong condemnation of the cowardly terrorist act that targeted the Iraqi Prime Minister, and affirms that it stands united by the brotherly Iraq, government and people, in confronting all terrorists who are trying in vain to prevent brotherly Iraq from restoring its health and role, consolidating its security and stability, and enhancing its prosperity and development,” the ministry said on Twitter.

Early Sunday, it was reported that a rocket struck the house of Al-Kadhimi during a drone attack, which resulted in the prime minister being slightly injured. Several of his security guards were wounded as well, as media reported. The Iraqi Interior Ministry called the assassination attempt a terrorist attack and confirmed that the residence was targeted by three drones, two of which were downed. Al-Kadhimi tweeted that he was unharmed, following the attack.