Ukraine accused the Russians of conducting an offensive operation in the areas of Zolochiv, Kharkiv, and Balakliya, trying to continue the offensive in the direction of Lozova. 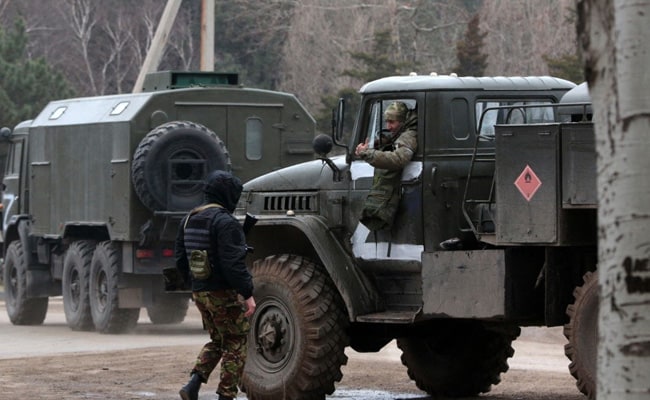 Kyiv: Russian troops advanced into and towards Ukraine by land and sea on the eighth day of a sweeping military invasion amid Ukrainian claims that its forces were steadfastly resisting and inflicting heavy losses on the enemy.

There was no stopping the Russian blitzkrieg despite growing international isolation as well as Moscow’s admission that it had lost 498 soldiers and another 1,597 were wounded by the unexpectedly fierce resistance by Ukrainians, including irregulars. The Ukraine military admitted to Russian advances on multiple fronts but alleged at the same time that “the occupying forces, having failed in almost all areas in which they were advancing, resorted to tactics of night shelling of residential areas of large cities”. On its part, Moscow said that its armed forces have taken full control of Ukraine’s southern city of Kherson. Russian Defense Ministry spokesman Igor Konashenkov said: “The units of the Russian armed forces took full control of the regional center of Kherson.” He said civil infrastructure, life support facilities and urban transport were operating there as usual, adding that the city does not experience shortages in food and essential goods. Russian warships were seen approaching from the west coast of Crimea, Ukraine said. It said that in the Polissya direction, the Russians were trying to carry out offensive operations in the area of the settlements of Kozarovychi, Vyshhorod, Fastiv, and Obukhiv. Further deployment of field logistics camps in the Borodyanka, Katyuzhanka and Gavronshchyna districts was noted.

In the north, the Russians were battling it out in the Ukrainian cities of Chernihiv, Nizhyn and Sumy, Lebedyn and Okhtyrka, trying to avoid clashes with the Ukraine military, and trying to reach the northern outskirts of the capital Kyiv. It said a part of the Russian militant detachment which had lost combat capability was regrouping and trying to attack in the direction of Brovary and Kyiv.

Ukraine accused the Russians of conducting an offensive operation in the areas of Zolochiv, Kharkiv, and Balakliya, trying to continue the offensive in the direction of Lozova.

“In the Tavriya direction, the enemy does not abandon attempts to conduct an offensive operation. After regrouping and introduction of a part of operational reserves, it has concentrated the main efforts in the direction of Mykolayivv-Voznesensk.

“In the Black Sea, naval groups of the Russian Black Sea Fleet continue to fire on civilian ships and capture sailors. The Russian forces were also operating in the areas of settlements Enerhodar, Vasylivka, Tokmak and Novopetrivka. It said the Russians landed a small landing party in Balovne “which was destroyed”.

“Kyiv and other Ukrainian cities are suffering from enemy missile strikes… “We appeal to bloggers, experts and ordinary members of the Internet community: your operational information may be of interest to Russian gunners to further adjust the next shot of the enemy.”