Musk made the statement on Twitter in response to a comment by US Senator Lindsey Graham on the Tesla founder's earlier suggestions about how to settle the Ukraine crisis. 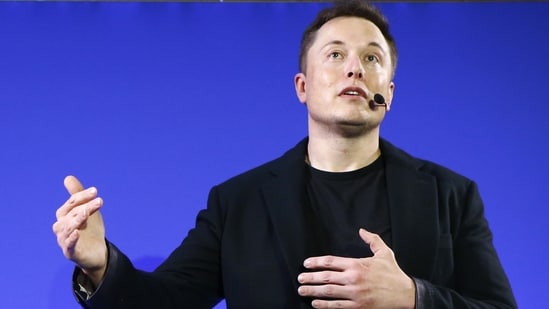 Moscow: SpaceX and Tesla founder Elon Musk said on Thursday that despite most of Ukraine’s regions wanting to remain Ukrainian the eastern regions prefer Russia.

Musk made the statement on Twitter in response to a comment by US Senator Lindsey Graham on the Tesla founder’s earlier suggestions about how to settle the Ukraine crisis.

“Most of Ukraine unequivocally wants to be part of Ukraine, but some eastern portions have Russian majorities and prefer Russia,” Musk said.

In support of his statement, Musk published a map showing how each Ukrainian region voted in the 2012 elections. The map shows that eastern regions voted overwhelmingly for the Party of Regions, which Musk calls “pro-Russian.”

One of the Twitter users shared a map of the 2019 Ukrainian voting, which shows that the eastern Zaporizhzhia and Kherson regions voted for Volodymyr Zelenskyy as president. Zelenskyy advocated peaceful resolution of the conflict in Donbas during his election campaign but reversed to advocating military solution after coming to power.

“Kherson and Zaporizhzhia almost certainly do not want to join Russia,” Musk opined.

On Monday, Musk urged the public to support peace initiatives between Ukraine and Russia, saying that Ukraine’s victory in a “total war” was “unlikely.” He also published two polls asking for public opinion about a peace deal between Ukraine and Russia and about the status of Donbas and Crimea. The polls have drawn criticism from senior Ukrainian officials, including Zelenskyy, who himself published a poll asking whether the public likes Musk supporting Ukraine or Russia more.

From September 23-27, the Donetsk and Luhansk people’s republics, as well as the Kherson and Zaporizhzhia regions, held referendums and voted for the accession to Russia. On Wednesday, Russian President Vladimir Putin signed laws on formal accession of the regions to Russia.

New Delhi: The counting of votes for Municipal Corporation of Delhi (MCD) is underway at 42 counting centers amid...
Sport