Another 8 sought medical help. 8 people were rescued from the rubble, including 3 children. Rescue work continues. 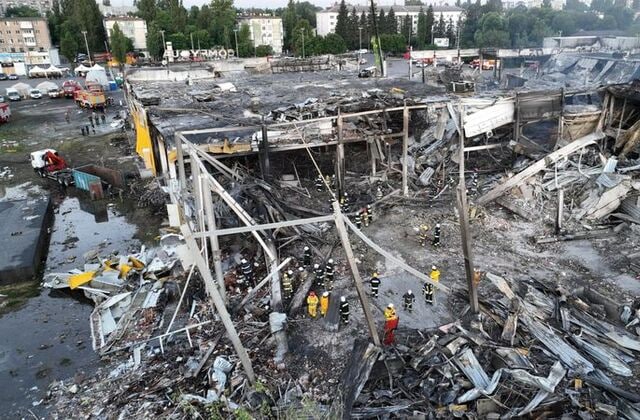 Kyiv: Ukrainian officials on Friday claimed that 18 people, including two children, died while 31injured after three ”Russian missiles” hit an apartment building and a recreation center in Odesa.

Regional governor Maksym Marchenko on his Telegram account said, “As a result of a night missile strike by Tu-22 strategic aircraft from the Black Sea in the Belgorod-Dniester district of Odesa region, three X-22 missiles hit an apartment building and a recreation center.”

He said as of 9 am, ”18 victims were identified, including 2 children, and 31 people were hospitalized, including 4 children and a pregnant woman. Another 8 sought medical help. 8 people were rescued from the rubble, including 3 children. Rescue work continues.”

Ukrainian MP Roman Hryshchuk has also shared a video purportedly from the attack, saying ”Just imagine: you wake up and realize that there is no way out. People were trapped in their own apartments after Russian missiles hit a residential high-rise in Odesa,” according to The Guardian.

Earlier this week, at least 18 people were killed while dozens more were wounded after a shopping mall in the central Ukrainian city of Kremenchuk was jolted by two ”Russian X-22 cruise missiles”.