Sindhu started slowly before heading and was trailing 2-5 after the early exchanges. 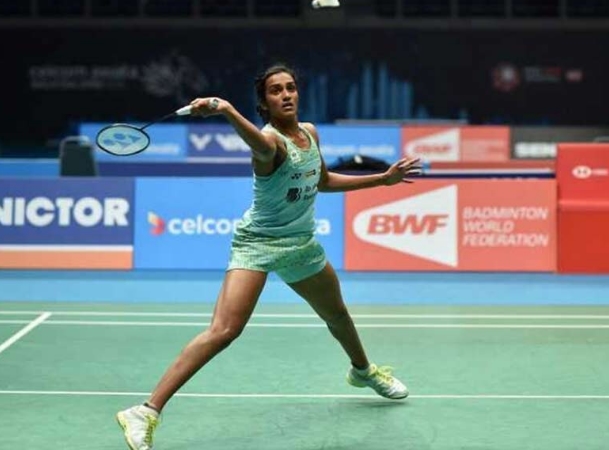 Sindhu started slowly before heading and was trailing 2-5 after the early exchanges. She then found the rhythm and headed into a breather with an 11-7 lead. Post break, she raced to a 14-8 lead. TTY retaliated with a couple of high-intensity shots to reduce the lead. But Sindhu kept her grip on the game and pocketed the opening game 21-13.

After the change of sides, Tai Tzu regrouped and didn’t let Sindhu position herself in the game. She showcased a deadly game and held an 11-3 lead at the time of the mid-game interval.

After the break, Tai Tzu kept pushing Sindhu to commit errors but the latter earned few points to pose a threat. Trailing 14-7, Sindhu unleashed a series of powerful smashes to reduce the gap to 17-15. Tai Tzu was quick to take the next six points and took the match into the decider.

Tai Tzu opened the gap with a 16-11 lead after the break and kept earning a series of points to reach a 7-match point opportunity and sealed the deal to keep her title defense on track.

This was Sindhu’s sixth straight loss to Tai Tzu and 16th defeat in 21 matches. She had lost to Tai Tzu Ying in the Tokyo 2020 semifinals.