On the situation in Afghanistan, Putin said there are " serious challenges with respect to Afghanistan, especially after the US withdrawal from that country". 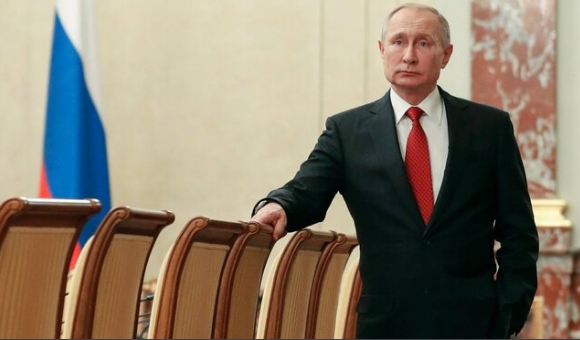 Moscow/New Delhi: Russian President Vladimir Putin has said Russia intends to build up its truly multifaceted bilateral cooperation with India and that it views New Delhi as an independent, strong centre of the multipolar world.

In an address to the Foreign Ministry Board, President Putin, in a paragraph devoted to India, said: “Russia has a similar approach in relations with India, our specially privileged strategic partner.

“We intend to build up our truly multifaceted bilateral cooperation. We regard India as an independent, strong centre of the multipolar world. We have a similar foreign policy philosophy and priorities.”

His remarks come ahead of the annual bilateral summit with Prime Minister Modi to be held in early December, for which the Russian President is expected to be in the Indian capital. The two sides are also expected to hold their inaugural 2+2 talks between their foreign and defence ministers at the time.

Putin’s remarks on India were preceded by his comments on relations with China.

He said that Moscow-Beijing bilateral ties “have now reached the highest level in history and amount to a comprehensive strategic partnership”.

“It is possible to say that they are a model for effective interstate cooperation in the 21st century,” he remarked.

He went on to say that the west does not view the close partnership with Beijing kindly. “Naturally, this is not to the liking of everyone. Some of our Western partners are openly trying to drive a wedge between Moscow and Beijing. We are well aware of this. Together with our Chinese friends, we will continue responding to such attempts by expanding our political, economic and other cooperation, and coordinating steps in the world arena,” he said.

Russia has also started supplying India with the S-400 air defence missile systems, in a $5.5 billion deal. The US has disapproved of the deal, and India could face sanctions from the US under the Countering America’s Adversaries Through Sanctions Act (CAATSA), which names Russia as an adversary alongside North Korea and Iran.

On the situation in Afghanistan, Putin said there are ” serious challenges with respect to Afghanistan, especially after the US withdrawal from that country”.

He called for more active use of the Moscow Format of consultations as well as of the Troika plus with the participation “of more external players and neighbours of Afghanistan”. While India is part of the Moscow Format and participated in the talks held last month, it is not part of the Troika Plus, which involves Russia, China, Pakistan and the US. The Troika Plus talks were held in Islamabad on November 11, a day after India convened the NSA-level talks on Afghanistan in New Delhi, in which the Russian security chief Nikolai Patrushev participated.

“In further contacts with the Taliban, it is necessary to make more active use of the formats of the Moscow consultations and the consultations of the extended “Troika” with the participation of external players and neighbours of Afghanistan with a view to promoting civil peace and public order, neutralising terrorist structures and drug crime,” Putin said.

He said the developments in Afghanistan ‘dictate the need for additional measures to ensure Russia’s security on its southern borders and provide assistance to our allies – Central Asian states that consider Russia to be a guarantor of regional stability.

“It is necessary to continue acting in this vein, taking measures to prevent uncontrollable refugee flows and stop terrorists and other criminals from crossing our border,” he stressed.

Putin also called for strengthening ties with the Shanghai Cooperation Organisation (SCO) and the BRICS (Brazil, Russia, India, China and South Africa bloc), in both of which India is a member.

On the SCO, he described it as “one of the most influential centres in the multi-polar world, multi-polar international architecture. It is substantially facilitating stability and sustainable socioeconomic growth in Eurasia. It is in our interests to achieve closer foreign policy coordination between its members, primarily in the UN, and other international venues.

On BRICS, he said: “We will develop cooperation in BRICS in the same vein. BRICS brings over 40 per cent of the world’s population together and occupies more than a quarter of the Earth’s land area,” he said, adding that the bloc “should play a bigger role in international affairs and match the growing potential of its participants”.