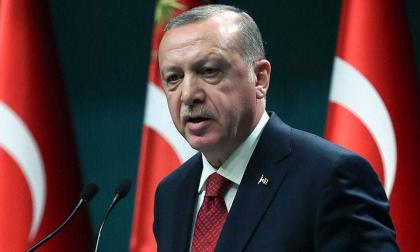 Ankara: Turkish President Recep Tayyip Erdogan said on Friday that Russia-Ukraine ceasefire talks have yielded some “positive” results and that he is planning to discuss holding next talks in Turkey with Russian President Vladimir Putin and Ukraine President Volodymyr Zelensky by phone.

“We have planned to talk with Putin and Zelenskyy again one day or another. With this meeting, hopefully, we plan to continue the process in Istanbul at the level of leaders,” Erdogan told the press, as quoted by the Turkish news agency Anadolu.

Erdogan noted that so far the talks have yielded some “positive” results; however, these are far from expected. Nevertheless, the Turkish leader expressed the hope that the negotiation process will improve.

On February 24, Russia launched a military operation in Ukraine. The Russia-Ukraine talks began at the end of February. Since then, the delegations of both countries have met twice in Belarus and agreed to continue consultations in by videoconference.

At the end of March, the delegations met in Turkey. However, the negotiations have since stalled, with Russian Foreign Minister Sergey Lavrov accusing Kyiv of recently exhibiting a lack of interest in reaching an agreement.