Sergei Rudskoy, head of the Russian General Staff's main operations administration, on Friday said, "The main tasks of the first stage of the operation have been carried out. 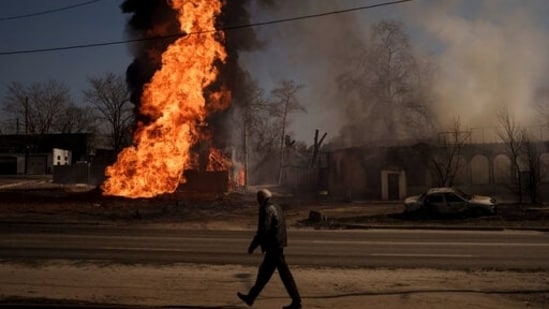 Moscow: Russia has said the “first stage” of the war were complete and will now focus on “liberating” the east.

Sergei Rudskoy, head of the Russian General Staff’s main operations administration, on Friday said, “The main tasks of the first stage of the operation have been carried out.

“The combat capabilities of the Ukrainian armed forces have been substantially reduced, which allows us to concentrate our main efforts on achieving the main goal: the liberation of Donbas.”

According to BBC, Russia’s military has been bombarding and trying to encircle key Ukrainian cities such as the capital Kyiv, which Gen Rudskoy characterised as an attempt to tie down Ukraine’s forces elsewhere in the country while Russia focuses on the east.

Rudskoy said, “The public and individual experts are wondering what we are doing in the area of the blockaded Ukrainian cities. These actions are carried out with the aim of causing such damage to military infrastructure, equipment, personnel of the Armed Forces of Ukraine, the results of which allow us not only to tie down their forces and prevent them from strengthening their grouping in the Donbas, but also will not allow them to do this until the Russian army completely liberates the territories of the DPR and LNR.”

Meanwhile, Ukrainian President Volodymyr Zelenskyy said that his troops had given “powerful blows” on Russia.

“By restraining Russia’s actions, our defenders are leading the Russian leadership to a simple and logical idea: talk is necessary. Meaningful. Urgent. Fair. For the sake of the result, not for the sake of the delay,” he said.

According to BBC, Moscow now claims 93 per cent of the Donbas region of Luhansk is under the control of Russian-backed separatists, with 54 per cent of the other part of Donbas, Donetsk, in their hands.