The envoy went on to say that the Afghan government and the Taliban must come to the table and agree on the transitional body that would not be elected but rather be the subject of an agreement between the two sides. 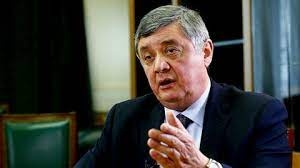 Moscow: The Russian president’s special envoy for Afghanistan, Zamir Kabulov, said in an interview with Sputnik that the only way for the Afghan warring parties to break the political deadlock and end the violence was to form a transitional government that would oversee the smooth peace process.
“Now, before it is too late, the sides should come to their senses and launch substantial negotiations, which will inevitably end with the establishment of a coalition provisional authority. A coalition with the participation of the Taliban movement [banned in Russia]. What percentage and in what proportion the Taliban will be represented is the business of the Afghans. Let them decide for themselves, “Kabulov said.
The envoy went on to say that the Afghan government and the Taliban must come to the table and agree on the transitional body that would not be elected but rather be the subject of an agreement between the two sides.
Such an authority, according to Kabulov, should exist for two or three years.
“It is important that there is no power vacuum, no chaos in the country, there is a need for a joint authority that will end hostilities and begin solving problems before proceeding with the final determination of the future of Afghanistan and the future form of government . They must bring back the order into the country and solve the issues of integrating the Taliban into society, “the diplomat said.
Afghanistan is witnessing an escalation of violence by the Taliban as international forces are leaving the country in line with a deal between the United States and the radical movement, signed in February 2020. Apart from hostilities, the Afghan population also faces such challenges as recurrent natural disasters, the COVID-19 pandemic, and extreme poverty. In addition, basic safety in the country is constantly threatened by improvised explosive devices planted by armed groups on major roads.