Rohit-Dravid combo will bring in a big change in Indian cricket: KL Rahul

Rohit has a great understanding of the game and tactically he is really good as a captain, Rahul said. 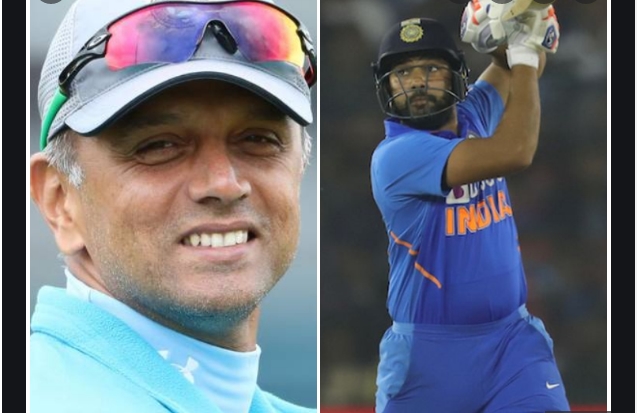 Jaipur: The combination of Rohit Sharma as captain and Rahul Dravid as head coach will bring in a big change in Indian cricket considering their differing temperament.

“He will bring a lot of calm into the dressing room and the next few weeks will be exciting to understand what kind of culture he implements and the objectives he sets. The more we talk to him in the next few days, I will also be able to understand it better. But like I said, it is a big change in Indian cricket and we are all looking forward and excited about it,” he told reporters here.

Rohit has a great understanding of the game and tactically he is really good as a captain, Rahul said.

“There’s nothing new in Rohit being captain, we have all seen him leading Mumbai Indians for as long as I can remember. His stats are there for everybody to be seen, he has a great understanding of the game. Tactically he is really good and that’s why he’s been able to achieve the kind of things that he has as a leader,” he said.

Rohit will be leading India against New Zealand in the home series. Both teams will play 3 T20Is from November 17. He has been rested for two Test matches against the visitors.

Going by stats, Rohit has a better win percentage of 78.94 than Virat Kohli’s 64.58 per cent as India captain in T20I cricket.

On Rahul Dravid’s appointment as Head Coach, Rahul said he has always been a team man when he was playing, and that is the kind of culture he wants to bring into this team.

He said he understood the game and the art of batting from Dravid. “I have been very fortunate that I have known him for a very long time. Obviously, as a youngster I did try and pick his brain and I did understand the game better and understand the art of batting better from him, and he’s been more than kind and he’s been very helpful to all of us back home in Karnataka,” he said.

The players know what a big name Dravid is in Indian cricket and hence it will be a great opportunity and great time for all the players to learn from him and get better as cricketers, Rahul said.