The 29-year-old was ruled out of Tuesday's clash in the central-western Argentine city of San Juan after feeling pain in the adductor area of his left thigh. 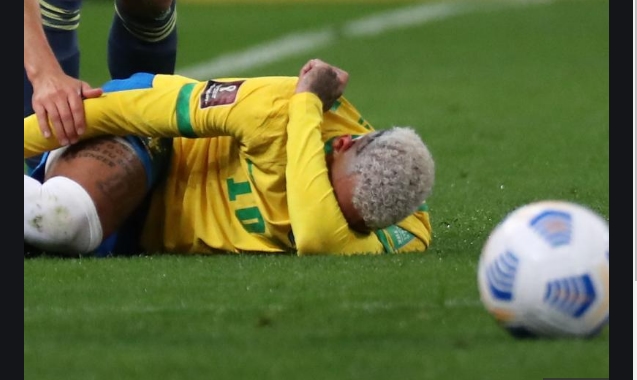 The 29-year-old was ruled out of Tuesday’s clash in the central-western Argentine city of San Juan after feeling pain in the adductor area of his left thigh.

“Neymar Jr said he felt insecure about the situation and, as there is not enough time to carry out complementary exams, the technical committee decided to rest the player who will not travel with the team,” a CBF statement read.

“He was physically fit the other day and in the end, we decided that the best thing was for him to play a few minutes so that he could get a feel for it and he is confirmed to play tomorrow,” Scaloni told reporters.

The Selecao secured their place at next year’s World Cup in Qatar with a 1-0 win over Colombia in Sao Paulo on Thursday.

The top four teams in the group will automatically qualify for football’s showpiece tournament while the fifth-ranked side while advancing to an inter-continental playoff.