The Society described R.K. Bidur as an Encyclopaedia of Manipuri cinema, whose passing is a huge loss for Manipuri Cinema. 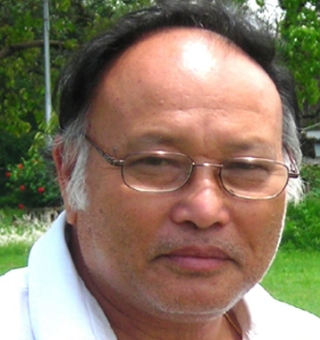 Imphal: Prominent writer on Manipuri cinema and recipient of Swarna Kamal, the national award for Best Film Critic, R.K. Bidur succumbed to post Covid complications at JNIMS Wednesday. He was 80.

He is survived by his wife.

Not only one of the best film critics in India, RK Bidur was the founder-president of the Manipur Film Journalist/Critics Association (MFJCA). He was also a life member of the Cultural Forum, Manipur. He was the editor of ‘Ritu’, a literary magazine published by the Cultural Forum for two times, from 1974-76 and 1976-78.

The Society described R.K. Bidur as an Encyclopaedia of Manipuri cinema, whose passing is a huge loss for Manipuri Cinema.

Bidur’s active participation in the film society movement, his brilliance in critiquing the intricacies of the cinematic art and his personal knowledge of the journey of Manipuri cinema made him a staunch promoter of regional cinema especially the Manipuri film movement, said a statement issued by Sunzu Bachasmatimayum, secretary, MSFDS.

In his fond memory and as a mark of respect for his invaluable contribution to Manipuri cinema, a candlelight memorial was held at the Manipuri Cinema Memorial erected at MSFDS complex, Palace Gate by the film community of the state.