The 27-year-old Indian turned professional in 2009 and lost six Challenger finals since then. 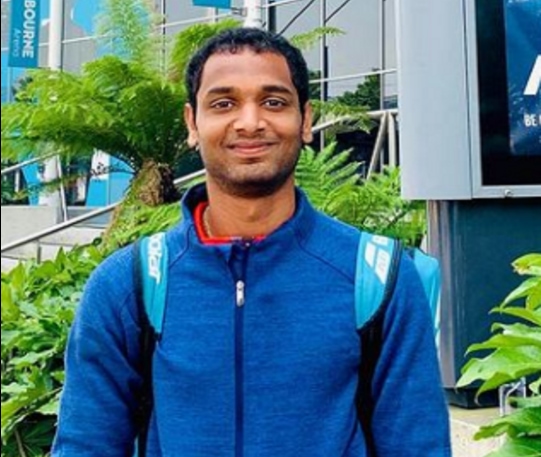 Ramanathan, seeded sixth in the tournament defeated the unseeded Russian by 6-1, 6-4 in 68 minutes and wrapped up the title.

On his way to the final, the Chennai lad eased past Vladyslav Orlov of Ukraine in the opening round, Croatia’s Duje Ajdukovic in the second round. He got the better of Goncalo Oliveira of Portugal in the quarterfinals and ousted Great Britain’s Jay Clarke in the semi-final.

The 27-year-old Indian turned professional in 2009 and lost six Challenger finals since then. He last played the final in the Cary Challengers earlier this year in July.

Ramanathan also featured in the doubles event partnering with Arjun Kadhe, but the Indian pair lost to the Portuguese duo Nuno Borges and Francisco Cabral in the semi-final by 6-3, 1-6, 10-7.

With her maiden ATP Challengers Title win, Ramanathan earned 80 ranking points and became the highest-ranked Indian with an ATP world ranking of 186 and surpassed Prajnesh Gunneswaran ranked 215 and Sumit Nagal 219.