Then CBI chief Alok Verma had opposed the appointment of Asthana -- whom Congress's Rahul Gandhi dubbed "the PM's blue-eyed boy" -- as a Special Director. 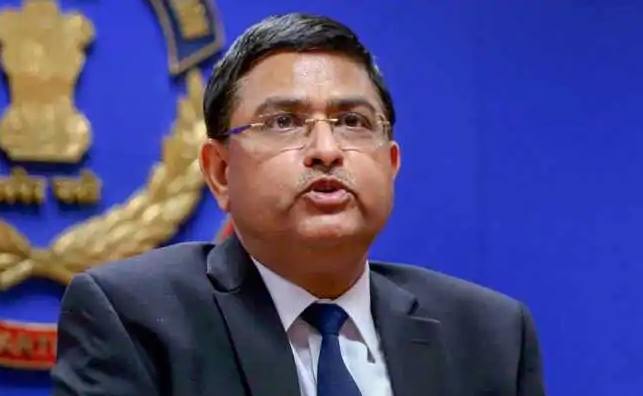 New Delhi:  Rakesh Asthana, the controversial former official of the Central Bureau of Investigation, has been appointed the Commissioner of the Delhi Police, with a year’s extension just three days before he was all set to retire on July 31.

According to an order of the Union Home Ministry, Asthana, currently serving as Director-General of the Border Security Force, will join the Delhi Police with immediate effect, the NDTV reported.

Sources said the appointment has set off unrest in the Delhi Police as Asthana is seen as an outsider. After SS Jog and Ajayraj Sharma, he is the third officer from other cadres given the top police post.

Some officers have also pointed out that the current Commissioner, Balaji Srivastava, was given the additional charge barely a month ago when SN Shrivastava retired.

A 1984-batch Gujarat cadre IPS officer, Asthana was moved to the CBI after the NDA came to power, causing resentment in the ranks. He was considered close to Prime Minister Narendra Modi when he was the Gujarat Chief Minister and Amit Shah.

Then CBI chief Alok Verma had opposed the appointment of Asthana — whom Congress’s Rahul Gandhi dubbed “the PM’s blue-eyed boy” — as a Special Director.

Asthana ran into controversy soon, with a bitter public feud with Verma and was subject to long investigation in a bribery case in which he was allegedly involved.

The second-in-command in the CBI, Asthana was removed from the agency in 2018 and made the Director-General of Civil Aviation Security in January 2019.