Rahul attacks govt over fuel price rise, says it is in ‘panic mode’ 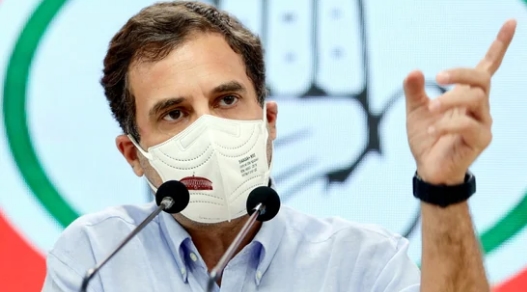 New Delhi: Congress leader Rahul Gandhi on Wednesday said government is in a ‘panic mode’, as he attacked the Narendra Modi government over rising fuel prices.

“People are angry. The voice is being systematically suppressed. The anger is rising, the reaction will be massive,” he said.

He also said that the economic issues were arising out of structural problems.

“The problems are arising out of structural failures. Government is panicking,” he said.

“Seeing that our prime minister is in panic mode, China is scheming against India. They are thinking India is in economic crisis, leadership crisis, so they can take away whatever they want,” he said, adding that any rise in international crude oil prices can throw the nation further in turmoil.

On Wednesday, the government hiked the price of the domestic cylinders by Rs. 25, a second hike within 15 days.