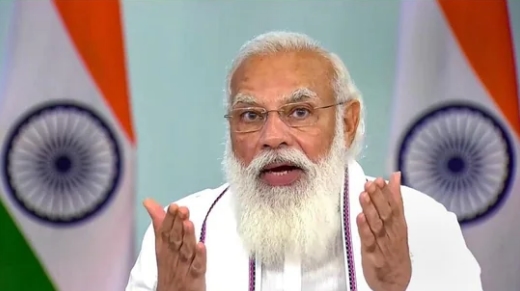 New Delhi: Prime Minister Narendra Modi on Monday paid tributes to the freedom fighters on the 79th anniversary of the Quit India Movement saying the campaign played a crucial role in strengthening the fight against colonialism and energising the nation’s youth.

“Tributes to the greats who took part in the Quit India Movement, which played a crucial role in strengthening the fight against colonialism. Inspired by Mahatma Gandhi, the spirit of the Quit India movement reverberated across India and energised the youth of our nation,” the Prime Minister said in a tweet.

Also known as ‘August Kranti’ (Revolution) and ‘August Movement’, the Quit India Movement was an important milestone in India’s non-violent fight against British colonisation. It was launched at the Bombay session of the All India Congress Committee by Mahatma Gandhi on August 9, 1942 in which people across the country came together to uproot imperialism.

It was during this movement that began from Gawalia Tank in Mumbai that M K Gandhi gave the clarion call of “Do or Die” to all Indians to drive away Britishers from the country.