As for the peace talks between Russian and Ukrainian negotiators, Putin confirmed that the Russian side is open to resuming the frozen dialogue. 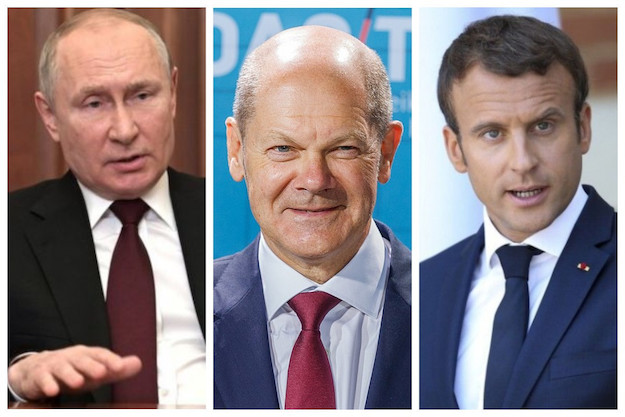 Putin informed Macron and Scholz of the latest developments of the Russian special military operation in Ukraine, noting that the Russian armed forces strictly observe the norms of international humanitarian law, the Kremlin said in a press release.

As for the peace talks between Russian and Ukrainian negotiators, Putin confirmed that the Russian side is open to resuming the frozen dialogue.

The Russian leader criticized the supply of Western weapons to Ukraine, which could further destabilize the situation and aggravate the humanitarian crisis.

When discussing the issue of ensuring global food security, Putin said the difficulties in food supplies are caused by the erroneous economic and financial policies of Western countries as well as their anti-Russian sanctions.

Russia is ready to help find options for the unimpeded export of grain, including the export of Ukrainian grain from the Black Sea ports, he said.

An increase in the supply of Russian fertilizers and agricultural products will also help reduce tensions on the global food market, which will require the lifting of relevant sanctions, Putin told Macron and Scholz.