The police have booked Ram Chander, his wife Renu Bala and Pujari of a village of this district under the POCSO act Friday night. 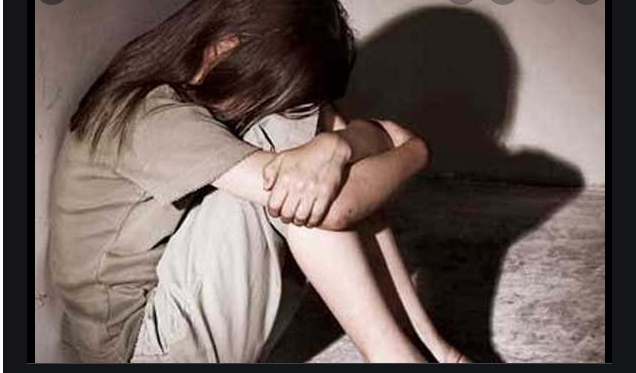 Hoshiarpur: A 14-year-old girl has become pregnant after being allegedly raped by her stepfather.

The police have booked Ram Chander, his wife Renu Bala and Pujari of a village of this district under the POCSO act Friday night.

According to police sources, Renu Bala was married to Sanjiv Kumar of Ludhiana in the year 2002 and they have a son and daughter. A divorce in a village Panchayat took place between Renu Bala and Sanjiv Kumar in 2017. After their divorce, the victim girl started living with Renu Bala and the boy with Sanjiv Kumar.

Later, Renu Bala married Ram Chander. The victim girl went back to her father to Ludhiana after being allegedly harassed by her mother Renu Bala and stepfather Ram Chander in December 2020.

The victim girl who was studying in the seventh standard, went to school to give her examination but did not return to her father’s house. Sanjiv Kumar searched her everywhere. Later, he came to know that Renu Bala forcibly took the girl with her.

Later, the victim girl again reached her father’s house and told Sanjiv Kumar that she was not feeling well and her step-father allegedly used to tease and touch her private parts. The heinous crime came to light when Sanjiv Kumar got her checked by a doctor who told them that she was pregnant for 17 weeks and 5 days.

Investigating officer Jaskaran Kaur told that investigation in the case is going on and the accused would soon be arrested.