A group of protestors were outside the Navy Camp at Trincomalee demanding the former prime minister and his family members be held accountable for the economic and political crisis in the nation and be arrested. 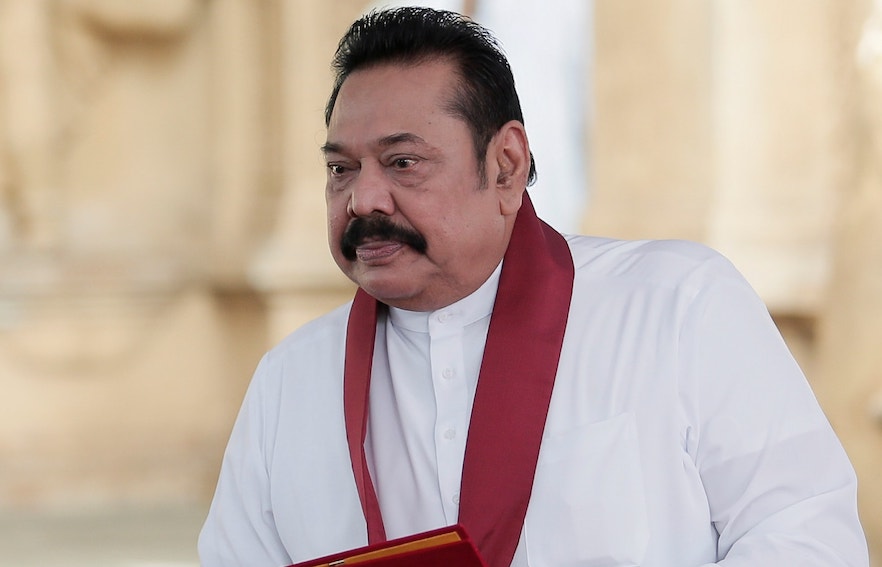 Colombo: Protesters gathered outside the Trincomalee Naval Base on Tuesday amid reports that former prime minister Mahinda Rajapaksa and some of his family members have sought refuge there and were planning to leave the country.

A group of protestors were outside the Navy Camp at Trincomalee demanding the former prime minister and his family members be held accountable for the economic and political crisis in the nation and be arrested.

Mahinda Rajapaksa left the official Temple Trees residence on Tuesday morning after security forces cleared the protestors who had gathered outside the house for hours against him and the government.

Meanwhile, Namal Rajapaksa, former Sri Lankan minister and Mahinda Rajapaksa’s son, has told an international media house that his father will not leave the country.

Namal stated that Mahinda Rajapaksa will not step down as a lawmaker and wanted to play an active role in choosing his successor.

Namal’s comments came as protesters gathered in front of the Trincomalee Naval Base demanding that the former Prime Minister come out.

The protestors gathered at the naval base after social media reports alleged the former Prime Minister was planning to flee the country through Trincomalee.

Protesters have damaged the Temple Trees residence of the prime minister, with glass windows and glass doors smashed, chairs upturned and papers scattered, according to videos on Sri Lankan media websites.

On Monday night, the police had to fire in the air to deter protesters who were trying to attack Temple Trees and barge in. The protesters had set fire to a rear gate and were throwing rocks and other heavy missiles at the house, even as Mahinda Rajapaksa and his family were inside.

Protesters also burnt down a house belonging to Mahinda Rajapaksa in Kurunegala, in north-western Sri Lanka, on Monday night.

In a related development, a group of protesters from the Katunayake Free Trade Zone (FTZ) on Tuesday blocked the entrance to the Bandaranaike International Airport (BIA), to prevent parliamentarians from leaving the country, reports said.

The protesters blocked the entrance to the airport by parking vehicles across the access road.