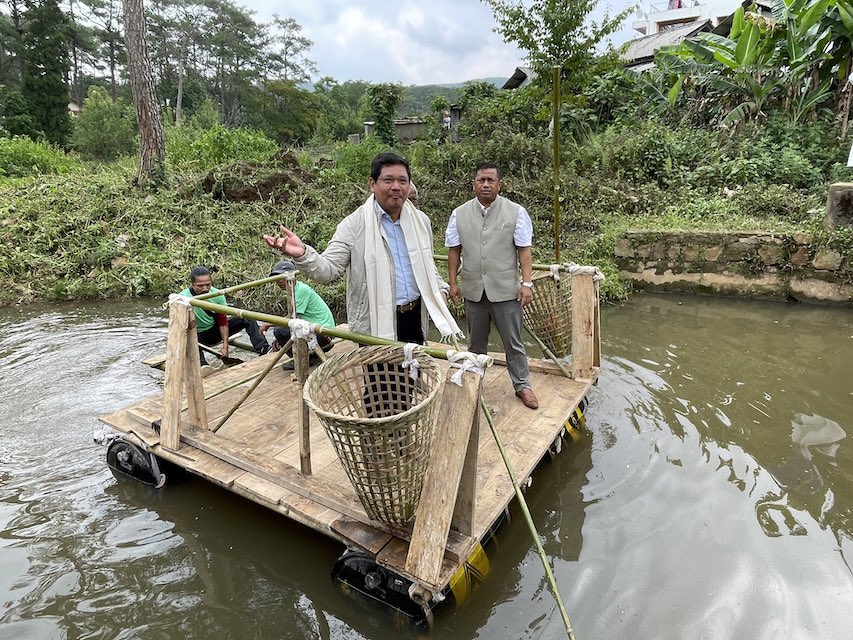 Shillong: The Hynniewtrep Youth Council (HYC), one of the pressure group in Meghalaya, has joined the religious groups in opposing the government’s move to legalise casinos and online gambling in the State, saying that it would only increase crimes and other social evils like prostitutions and alcoholism.

In a letter to Chief Minister Conrad Sangma, the HYC said that the State Government and the Society must give its due share of respect to the beliefs and sentiments of all faiths in the State.

“Meghalaya has already legalised other gambling and gaming activities like Lottery, Games of Arrow Shooting (Teer) and other Games of Chance through the Meghalaya Regulation of the Game of Arrow Shooting and the Sales of Teer Tickets Act, 2018, and Meghalaya Lottery Regulation Rules, 2019, and hence further legalisation of Gaming and gambling activities will badly affect the society as a whole,” HYC president Robertjune Kharjahrin and General Secretary Roy Kupar Synrem argued in the letter.

Stating that Meghalaya is a State where religious institutions have immensely contributed to the welfare of the Society especially in bringing peace and harmony amongst the citizens of the State and also in the field of education, skill development, healthcare, music, the Council said that religious groups have also voiced reservations to the aforesaid enactment and implementations of the Act and Rules on the ground that it affects the religious beliefs, societal values and also will further increase the crimes and other social evils like prostitution, alcoholism and also effect the livelihood of the general public in the State as a whole.

“We share the sentiments expressed by the various religious groups in the State and we demand that the State Government should repeal the aforesaid Act and Rules immediately,” the HYC demanded.

The Khasi Jaintia Christian Leaders Forum (KJCLF) on May 6 met Chief Minister Conrad Sangma and expressed their concerns on the government’s move to legalise Casinos and online gaming.

The influential forum has asked the government to revoke its decision by repealing the Meghalaya Regulation of Gaming Act, 2021.

Cash-strapped Meghalaya is mulling the introduction of casinos and online gambling, exclusively for tourists to generate resources to meet the state’s expenditure.

“So much of revenue is required for different needs of government employees, teachers and several others. While we look at revenue, how do we ensure that the social funding of the state can be met?” he had asked.

Moreover, the Chief Minister had said various forms of gaming, both online and offline, have been  going on in the state for the past 20-25 years and there have been no rules to regulate them, but now there will be “strong regulations” and operators allowing locals to take part in gambling will have their licences cancelled.